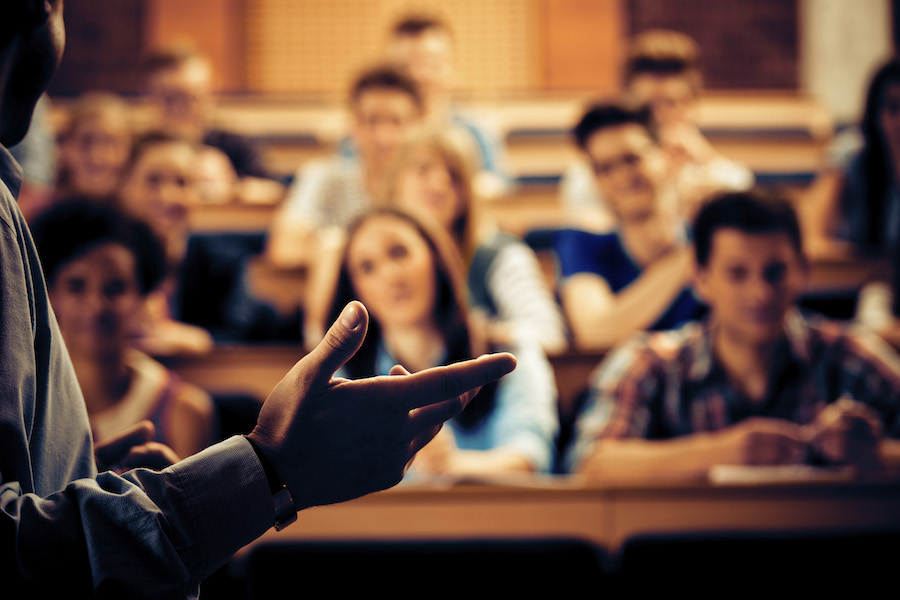 Business school students are taught to extract resources instead of creating value.

Over the last several decades, American business executives have made decisions that have exacerbated the inequality that chokes prosperity for the country. They have misallocated resources and they have awarded themselves mind-boggling compensation packages while workers have suffered stagnant wages and increasing job insecurity. The stats are shocking: In 1965, a typical CEO took in about 20 times what an average employee earned, while the latest figures from the AFL-CIO put current CEO pay at 373 times what the average worker makes. (Amazingly, according to a forthcoming paper for the Institute for New Economic Thinking (INET) by Matt Hopkins and William Lazonick, even that ratio is grossly underestimated because it is based on grant-date fair value estimates of what stock options and stock awards might be worth, rather than how much CEOs actually take home when they exercise stock options and when stock awards vest).


Inequality holds back the growth of the entire economy, as research supported by INET has shown. Even today’s business elites are worried about its impact: In a 2015 poll of over 2,700 Harvard Business School alumni, respondents said that they were more concerned about growing inequality than ever before. They saw it as a serious threat to the country, and to the bottom line of U.S. corporations. According to Harvard Professors Jan Rivkin and Michael Porter, and Harvard Business School Senior Fellow Karen Mills, who reported on the findings, respondents “remain pessimistic on balance about the likelihood that firms will lift American living standards by paying higher wages and benefits in the near term.”

In other words, don’t look to American companies to help solve inequality any time soon. The pessimism of the Harvard alums comes despite business-school programs in recent years adding courses that examine issues related to inequality.

Why is there so little expectation that today’s MBAs will run companies differently than their predecessors have done in light of the inequality crisis? What are they learning or failing to learn?

William Lazonick, professor of economics at the University of Massachusetts Lowell, where he directs the Center for Industrial Competitiveness, sees something in the core teachings of business schools that ensures that firms do not give workers a fair shake. Lazonick, who has been on the faculty of Harvard Business School and of INSEAD business school in France, observes that starting in the 1980s, business schools underwent a transformation in philosophy and orientation that reflected shifts in the economics discipline and in the economy at large.

During that time, Wall Street was taking off and American businesses were becoming increasingly financialized —meaning that executives started to base all of their business decisions on the goal of boosting their firms’ stock prices. When corporations become financialized, executives turn their attention away from investing in the productive capabilities of employees, which is the basic building block for rising American living standards. They also tend to allocate fewer resources to research and development, which is where innovation happens. Instead, executives watch the stock market — in large part because their own compensation was increasingly based on the value of the company’s shares. (See Lazonick’s INET paper, ” Profits Without Prosperity.”)

Throughout the 1980s, fewer MBA graduates went into industrial corporations; more headed to Wall Street to make a quick buck. Business schools tailored their hiring to match this trend. They hired professors, particularly economists, who favored theories that tended to prioritize the interests of shareholders and executives who cater to them. Lazonick notes that in 1985, for example, Harvard Business School hired economist Michael Jensen. Jensen, a former University of Chicago student of Milton Friedman, co-authored a famous and often-cited business paper, “Theory of the Firm,” in which he argued that the single goal of a company should be to maximize the return to shareholders. He became one of the most highly visible proponents of shareholder value ideology. Jensen and supporters of this theory believed that it would cause executives to focus on the actual performance of the firm and increase shareholder value over time. They were dead wrong: instead, executives turned their attention to the short-term goal of boosting stock value over the long-term prospects of the company and executive pay shot into the stratosphere.

As Lazonick explains, shareholder-value ideology provides a cover for destructive behavior that tends to heighten inequality in our society. For executives, focusing on shareholder value means that they stop concentrating on the actual work of running a business and creating useful things and services. It boosts their motivation to shirk taxes or lay off workers in the hope that demonstrablycutting costs in an already profitable corporation would boostthe stock price in the short term. It also prompts them to allocate more of their profits to shareholders in the forms of dividends and stock buybacks rather than using it to give workers a raise or invest in the technology to improve productivity or create new products.

By the 1990s, anyone taking courses in finance would be inculcated with the view that shareholders are the only constituents who really matter to a company. “When this notion came in, a lot of business school professors didn’t believe it,” Lazonick points out, “but once it took over, there wasn’t much debate.” Today, professors focus more on mathematical models and nurturing the “quants” who will go on to work on Wall Street than on teaching students how to run a business. Lazonick believes that many of those teaching currently do not even understand the significance of shareholder value and how it negatively impacts corporate governance and promotes inequality.

Shareholder value ideology lets executives argue that it is their duty to exclude workers and taxpayers and other stakeholders from sharing in the gains of innovative enterprise.

Lazonick says this is baloney. He is not alone: None other than Jack Welch, former chairman and CEO of General Electric, has called shareholder-value ideology ” the dumbest idea in the world.” Yet business executives still pretend that maximizing shareholder value is their primary fiduciary obligation, which is nonsense except in few restricted cases, such as when a company is going to be sold.

Lazonick notes that prior to the 1980s, business schools taught that executives and directors of U.S. public corporations had a responsibility to many stakeholders, such as customers, employees, suppliers, creditors, communities and the country. But for the last several decades, students have been taught how to extract wealth from these constituencies in order to line the pockets of executives.

In Jack Welch’s view, this is no way to run a company:

“Shareholder value is a result, not a strategy… your main constituencies are your employees, your customers and your products. Managers and investors should not set share price increases as their overarching goal. … Short-term profits should be allied with an increase in the long-term value of a company.”

Lazonick argues that challenging thedistorted shareholder value framework is an urgent priority in the discipline of economics, pointing out that even among well-known economists who challenge many aspects of economic orthodoxy, there is little talk of shareholder value. Until economists reckon with the problem, he warns, MBAs who go on to hold positions of influence in politics, corporations and a wide range of organizations will likely be steeped in a vocabulary, language and culture that reinforces the growing inequality which hurts everyone — including businesses.

Lazonick emphasizes that economists need to acknowledge that the economy should be run so that people can have decent standards of living on a widespread basis, which requires a theory of how this state of affairs might come to pass. In his view, economists need a theory of innovative enterprise in which the corporation retains earnings and reinvests them in the productive capabilities of the people it employs. “Retain-and-reinvest” is the antithesis of “downsize-and-distribute” — the current strategy in which the firm lays off experienced workers who cost more and funnels cash to shareholders. Focusing on keeping and investing in such valuable employees is the way to get to an economy in which there is more job security, more exciting innovation, greater economic equality, and prosperity for all.