Five Years on from Lehman: The More Things Change, the More They Stay the Same

Sadly, it is questionable whether the economy has really improved.

The global financial crisis of 2008 created the worst recession in the developed world since the Great Depression. Governments had to respond decisively on a large scale to contain the destructive impact of a massive debt deflation. Still, large financial institutions such as American International Group, Bear Stearns, Lehman Brothers, Countrywide Financial, Washington Mutual, Wachovia, Northern Rock, and Landsbanki collapsed. Thousands of small-to-medium financial institutions failed or needed to be rescued. Millions of households lost their retirement savings, jobs, houses, and communities. And numerous non-financial businesses closed.

Five years later, we are still experiencing the effects of this crisis. Sadly, it is questionable whether the situation has really improved. True, the government helped to curb the worst deflationary effects of the Great Depression and unemployment, which never reached the social horrors of a quarter of the population (as was the case in 1932, where more than half the banks failed and most of the survivors were taken over by the government). The percentage of people unemployed has come down from double digits, albeit haltingly and amidst disturbing signs of the casualization of labor. 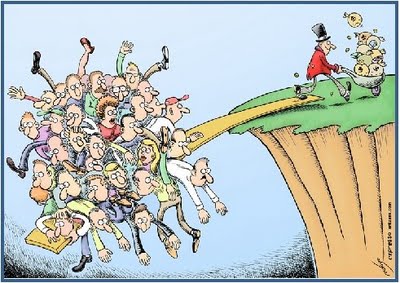 That said, those in charge of the U.S. economy cannot yet proclaim “Mission Accomplished.” The economic system that helped create pervasive financial instability has not been significantly transformed post-Great Recession. If anything, big banks have become bigger and their trading activity in exotic derivatives is as strong as ever. Meanwhile, pension funds continue to grow in importance relative to public retirement programs like social security, and income inequalities are still worsening.

We might have to wait for a new Great Depression for things to change for the better. Instead of wholesale transformations approaching the magnitude of Glass-Steagall (legislated in the wake of the Great Depression), we have the baby steps of Dodd-Frank, which continues to be eviscerated by the very banks who were provided a lifeline by the government during the crisis. (Talk about biting the hand that feeds!)

In the real economy, the employment-to-population ratio has dropped sharply. Nine million jobs were lost from the peak of January 2008, and at the current pace of sluggish job creation it will take at least seven- and-a-half years to regain them. Only in the Great Depression did it take longer for employment to recover in the U.S.

According to the International Labor Organization, as of May 2012, 50 million jobs are still missing worldwide compared to the pre-2008 crisis figures, and those jobs are not expected to be regained until late 2016. The so-called “automatic stabilizers” – Social Security, Medicare, unemployment insurance, welfare, and food stamps – all of which curbed the worst effects of Great Depression capitalism, have survived, but they are frayed and tattered from constant political attack. In addition, euro zone countries have been limited in their capacity to respond because of the fiscal constraints imposed on their national governments.

And as many have noted on this blog over the past week as the Institute for New Economic Thinking explored the five-year anniversary of Lehman’s collapse, we continue to ignore the problem of “too big to fail” financial institutions. We also have failed to introduce policies that would best deal with the source of the lingering problem: namely, that borrowers cannot pay their mortgages in the absence of an environment that creates rising prosperity and income for all, not just the so-called one percent.

Banking and other financial institutions used to be at the service of the rest of the economy, and bankers themselves did not entice households and companies to use a lot of leverage to improve their economic wellbeing. The profitability of these institutions rested on a careful examination of the creditworthiness of borrowers and the establishment of long-term recurring relationships, not the aggressive expansion of their market by increasing debt loads.

By the same token, the financialization of the economy has meant that the individuals and non-financial businesses have become more dependent on the smooth functioning of the financial sector in order to maintain liquidity and solvency and to improve and maintain their economic welfare. For example, households have increased their use of debt to fund education, healthcare, housing, transportation, and leisure, and they have become more dependent on interest, dividends, and capital gains as a means to maintain and build their standard of living.

The government could help to sustain household income by promoting full employment through a national jobs program, as was the case at the time of the New Deal. By lowering debt services and sustaining income, the delinquency rate on mortgages would decline, which would sustain loans and securities. However, bankers do not see an economic interest in going that route. They find foreclosure more immediately profitable. The concept of public purpose in government has been increasingly ignored as our political institutions have instead become vehicles that facilitate corporate predation.

So what needs to be done today? Once again, looking at the history of the Great Depression provides some sense of what could be achieved. Back then, the Pecora Commission was given relatively free rein to investigate the causes of the crisis and to go after the fraud that characterized it. Widespread defaults and bankruptcies wiped out a lot of the private sector’s debt. The financial sector was downsized and rendered relatively unimportant (or at least, less dangerous) for several decades.

By contrast, today the effect of the crisis post-Lehman has been to continue, if not increase, the distribution of income and wealth flowing to the top one-tenth of one percent. It has kept the same managements in control of the worst serial abusers, as companies paid record bonuses to top management even as the banks themselves were being rescued. Some of their fraudulent activity has been exposed, and the top banks have paid numerous fines for bad behavior. There have been a lot of settlements and civil cases, indicating that fraud was rampant. Yet, Washington has been seemingly paralyzed in going after the people who perpetrated this fraud – the U.S. attorney general has not begun a single investigation of criminal behavior by top management.

The Great Recession started with problems in the mortgage industry because homeowners could not repay and, as home prices declined, were not willing to repay. Thus, dealing with problems of underwater borrowers should be at the core of any policy to deal with the Great Recession. Unfortunately, only marginal attention, and help, has so far been provided.

Instead most of the focus has been on lenders, as trillions of dollars have been used by the government to purchase or lend against toxic bank assets at very favorable conditions that do not reflect the size problems in the mortgage market (because nothing had been done to carefully check borrowers’ solvency). Until we address the causes rather than the superficial symptoms of the recent financial crash, the risk of a new and possibly even worse crisis remains acute. 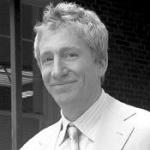