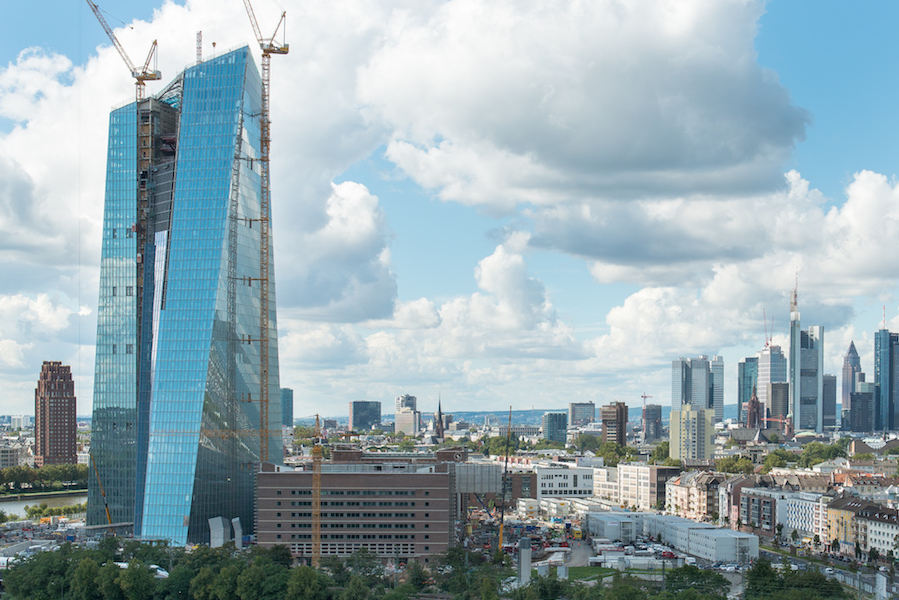 Most discussion of the Eurozone crisis has revolved around the alleged profligacy of the heavily indebted “peripheral” countries. In fact, however, the desperate position of these countries mainly results from reckless lending by banks located in the “center” countries. As such, the crisis is just one more case of the well-known financial cycle that, in an era of financial deregulation, arises from cross-border financial flows dominated by “push” factors, i.e., by circumstances in the economic and financial systems of those center countries. Lending is always nothing more than the provision of purchasing power, and in the case of the southern European periphery was mainly funded outside the euro area. In this specific instance, therefore, it is patently clear — beyond conceptual considerations — that contrary to the narrative of northern European political debate, southern Europe’s debt hardly represented a transfer of savings from the Eurozone’s more advanced nations to its periphery.

Additionally, repayment crises (the “bust”) are not only the end result of the upside phase of the capital flow cycle (the “boom”) but by themselves also create serious problems such as distortions in the recipient economy and the very obvious overexposure of creditor institutions, to which as much attention should have been paid as to the “sudden stop”.

The Eurozone lacked institutional structures to cope with such dangers. Its institutions, and the limits imposed on fiscal deficits and government debt, were designed on the premise that the only potential source of problems would be the misbehavior of governments. In accord with the policy consensus of previous decades, though, no provisions were introduced to cope with a financial crisis originating from the misbehavior of big private financial institutions headquartered in the center countries, and their supervisors.

We can hardly afford to repeat this disastrous omission. Changes are needed both in the architecture of the institutions and also in the vision that informs their supervisory authorities. The best full-employment and growth oriented macroeconomic policies can do little to handle the massive waves of finance and cross-border flows from financial institutions in the center countries. Unless strong regulations are introduced to manage those financial flows — if not cancel them out — even the most carefully crafted policies will be powerless.

Of course, future adoption of such policies does nothing to cope with the legacy of the accumulated stock of bad credits/debts. In the past, peripheral countries have in such situations resorted to nominal devaluations that with dampened exchange rates pass through turned into real ones – and to economic expansion. A few have obtained significant reductions of their debts or restructuring of maturities at moderate rates of interest.

But not in the Eurozone. There, policies have concentrated almost exclusively on an enforcement of accumulated obligations by achieving real devaluations through domestic deflation and imposing drastic reductions in ‘absorption’ — both public and private — to make room for debt repayments. These strategies have not resulted in renewed growth nor in a significant present-day or near-future reduction of Debt/GDP ratios. So, while “structural reforms” that weakened or abolished hard-won social rights and the paradoxically labeled “expansive fiscal consolidations” were requested, they predictably failed to bring back economic growth and consequently decrease indebtedness.

As with countries in the global periphery, official lending from the center — and from the IMF — was made conditional not only on the implementation of those policies, but by demanding the recycling towards private creditors of the bulk of official credits made available, so as to combine with the recipients’ own resources to ensure a punctual repayment of accumulated debt. This fatal combination led to a “revolving door” or “triangular bailout” strategy that disguised public intervention by governments in the center to relieve the creditors. Additionally, one gets the impression that the other component of the strategy applied to the EMEs, the “muddling-through” strategy — or stumbling from one crisis to another — has also been employed in the Euro area periphery, generating its own instability that jeopardized recovery.

The opposite, however — an upfront wholesale all-round reduction in the debt/credit overhang — looks like the only way out that would have ensured growth and employment. There is no dearth of proposals in that direction. But, to my knowledge, in almost all cases these relief schemes start from the wrong point, i.e., they place responsibility for the crisis squarely on the countries receiving the financial flows rather than on the institutions in the core countries “pushing” them and their supervisors, as well as the deregulated environment in which those financial institutions operate.

Moreover, and in a language that should be avoided because of the danger of feeding old feuds and xenophobia, there has been too much loose talk about overcoming “German” opposition to an alternative way out. The matter has been framed as if creditors were disciplined, high-saving German people and not a narrow — if powerful — group of financial institutions merely providing finance and not necessarily transferring savings. Consequently, the issue has been framed as a conflict between different euro area nations, hardly a helpful way to strengthen the integration process.

What is in crisis, therefore, as it was the case back in the 1980s and 1990s for Emerging Market Economies like those in Latin America, is the strategy of “triangular bailouts” of large creditor center banks through the wrong means, i.e. via further compression of economic activity in the peripheral countries and transfers of a sizable portion of those credits to official institutions — so that debtors can keep up to date with servicing the “toxic” loans on the balance sheets of “Too-Big-To-Fail” banks in the ‘core’ countries.

Oddly enough, it could be proved that these schemes also imply that the center countries also lose in terms of GDP and employment.

Already back in the 1980s, “debt relief” by the center countries’ governments was shown to be a global positive force for growth that boosted their own domestic economies. That was the conclusion of simulations done by the Research Department of the IMF with their world economy model of those days. It was presented to a meeting of what was then called the Interim Committee as an Appendix to the WEO of March 1988 (in mimeo form in that pre-digital era) that was inexplicably struck out from the printed version made available to the general public.

Therefore, taking the narrow side of the banks, governments in the center countries, besides victimizing peripheral countries, had to force other sectors of their own societies — the legendary poor carpenters and plumbers as well as middle class taxpayers — to pay for the adventurous behavior of those institutions.

A different diagnosis and the corresponding policies are urgently needed not only for the sake of growth and employment but also to avoid dangerous and avoidable nationalistic divisions in Europe. 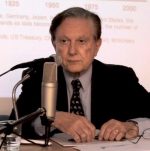