Better Labor Standards Must Underpin the Future of Work 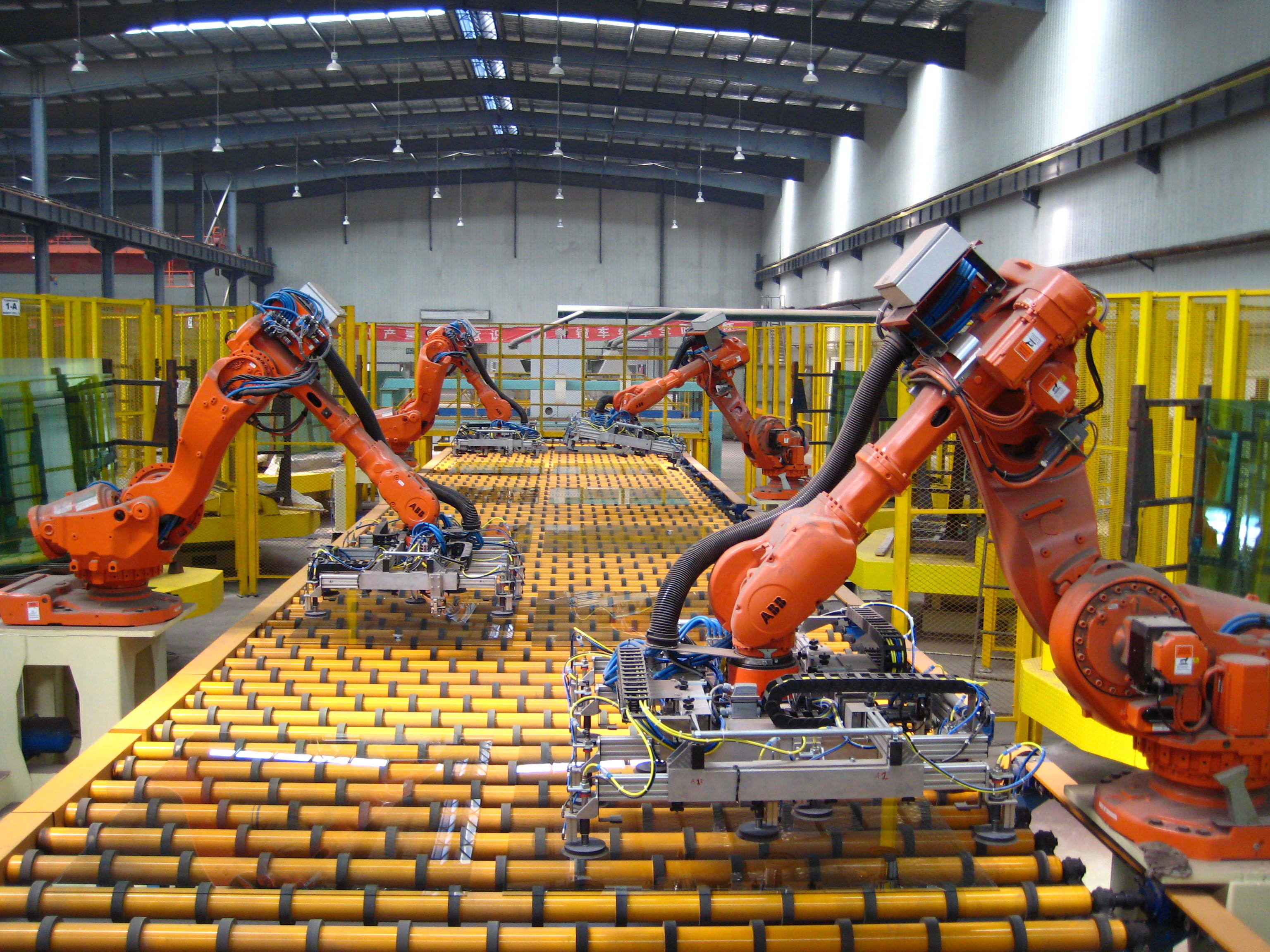 As technology and deregulation continue to shape the labor market, maintaining strong worker protections is as important as ever

In recent decades, there has been a systematic underappreciation of the human impact of rapid economic change, whether due to technology or policy liberalization, in the priorities of national economic policy and the corresponding international institutional architecture. This governance failing is continuing to add fuel to the fire of political polarization and upheaval around the globe.

The Fourth Industrial Revolution is putting further pressure on labour markets, as advanced technologies introduce new ways to create value and disrupt current industries and organizational models. According to the World Economic Forum’s Future of Jobs Report 2018, while 75 million jobs are expected to be displaced in the next five years, another 133 million are expected to be created across 20 key developed and emerging economies. Neither these projections, nor those made using different assumptions, are foregone conclusions. But even if the net results are positive, large-scale displacement will require a wholly new approach to job transitions.

Many jobs that are not outright displaced will change dramatically due to automation, requiring major worker retraining and adjustment. Our estimates suggest that at least 54% of all employees will require reskilling and upskilling by 2022. Of these, over a third will require more than six months of additional training. However, only around 30% of employees in the jobs most exposed to technological disruption received any kind of training in the past year, and most companies say they intend to target retraining programs towards high-performing employees. This implies that the employees most at risk of job or skill disruption are also far less likely to be provided with retraining to cope, potentially increasing inequality.

If national and global actors, including multinationals as well as the education sector and policy-makers, fail to support workers attaining and upgrading skills, the outcome could be a true “lose-lose” scenario—rapid technological change accompanied by talent shortages, mass unemployment and growing inequality. Yet that’s a plausible outcome, particularly given the existing shortfall of skills essential for a tech-driven future reported by enterprises around the world.

The dramatic transformations in the way in which we work are also driving many new opportunities for direct job creation and more flexible modes of work. As production techniques, technology, and business models evolve, more agile systems are emerging that draw on diverse pools of talent and specialized skills from around the world. Today, approximately 20–30% of the working-age population in the United States and the EU-15 engage in independent work. This number is expected to continue to grow globally as more independent and on-demand work through platforms creates vast opportunities for individuals to access new labor and consumer markets.

The reorganization of work is presenting challenges and uncertainties for many workers, such as wage and employment insecurity and reduced access to social protection. To make the most of these growing opportunities while addressing the emerging challenges, greater collaboration is needed to reform and create institutions and enabling environments to maximize flexible, high-quality job creation while supporting workers with talent development, career transitions and access to suitable social insurance and safety nets.

The decisions we take today will shape the extent to which technological progress is harnessed to create more equitable economies. In preparation for the 100th anniversary of its founding in 1919, the International Labour Organization (ILO) assembled a Global Commission on the Future of Work, which released its recommendations to the international community in January.

Co-chaired by South African President Cyril Ramaphosa and Swedish Prime Minister Stefan Lofven, the Global Commission concluded that there are three practical steps countries should take to prepare for the future of work and in so doing improve both social justice and economic growth. Each involves raising the level of investment in people across the public and private sectors. This is the crux of what it means for a country to strengthen its social contract in the world economy of the 21st century. It also is the basis for a new, human-centered growth and development model that could sustain the world economy’s momentum as the two growth engines on which many countries have been relying—extraordinary macroeconomic stimulus and export-led production—continue to lose steam.

First, countries should increase public and private investment in their people’s capabilities, which is to say in their economy’s rate of labor productivity growth. Some have chronically underinvested in the equity of access to quality education and skilling. All countries need to step up their game as populations age and automation disrupts the manufacturing sectors on which developing countries have traditionally relied to industrialize and the service sectors in which much of advanced country employment is concentrated. The Commission called on countries to build a universal framework to support lifelong learning, including stronger and better financed active labor market training and adjustment policies, as well as expanded public employment services and a social protection floor. It also suggested changing the accounting treatment by businesses of training expenses so that, like capital investments, they are charged against earnings over a number of years.

Second, countries should invest in the institutions and rules relating to work, which is to say in the equitable diffusion of income and purchasing power and thus the level of domestic demand within their economies. Specifically, the Commission called for a Universal Labor Guarantee in which all workers, regardless of their contractual arrangement or employment status, should enjoy fundamental workers’ rights, an “adequate living wage” as defined in the ILO’s founding constitution 100 years ago this year, maximum limits on working hours and protection of safety and health at work. The collective representation of workers and employers through social dialogue should be ensured as a public good and actively promoted through public policies. And from parental leave to investment in public care services, policies need to foster the sharing of unpaid care work in the home to create genuine equality of opportunity in the workplace. Strengthening women’s voices and leadership, eliminating violence and harassment at work, and implementing pay transparency policies are also preconditions for gender equality.

Third, countries should work across their public and private sectors to accelerate investment in labor-intensive sectors that are poised for growth and have positive externalities for society. These include sustainable water, energy, digital and transport infrastructure, the care economy, education and training and the rural economy. The Business Commission for Sustainable Development has estimated that achieving the Sustainable Development Goals would open $12 trillion of market opportunities in four economic systems alone—food and agriculture, cities, energy and materials, and health and well-being—as well as create 380 million jobs by 2030. Capitalizing more proactively on these employment expansion opportunities can help countries compensate for the labor displacing and potentially demand-suppressing effects of automation and economic integration.

Investing more in people across these three dimensions represents an actionable strategy to boost both social inclusion and economic growth. All countries interested in preparing for the future of work would do well to develop a national strategy along these lines through social dialogue among key stakeholders. The report recommends that every country undertake such a national discussion about the readiness of its social contract for the Future of Work and develop an agenda to fill identified gaps through increased public and private investment in people across the three domains outlined in this report.

The Commission further recommends that the ILO be positioned and equipped to serve as the central platform in the international system for:

The Global Commission encourages government, business, and worker representatives to discuss and approve such an expanded mandate for the institution in the upcoming Centennial ILO Conference in June 2019, thereby strengthening further the service it provides to the international community in its second century.

Such an agenda to invest more in people to prepare them adequately for the future of work should become the cornerstone of national economic policy and international economic cooperation for the next decade and beyond. This would represent a significant change in the pattern of the past few decades in which the focus of economic policymakers has been elsewhere, primarily on macroeconomic policy, trade liberalization and financial market stability. However, this rebalancing of priorities is required to satisfy both the social and economic imperatives they face. 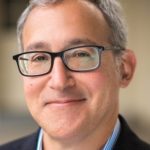