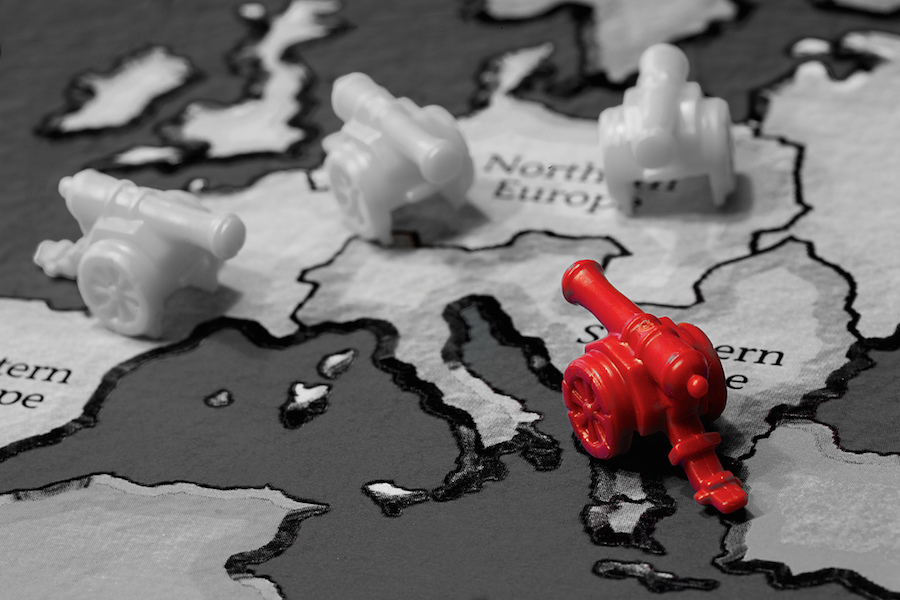 Economist James K. Galbraith warns that ‘unrealistic expectations’ by Athens’ creditors is a recipe for turmoil

A breakdown in negotiations may be the best outcome of Monday’s Eurozone finance ministers’ meeting on debt relief for Greece, warns INET grantee and University of Texas economist James K. Galbraith. That’s because, he believes, Greece’s debtors continue to demand unsustainable austerity measures as the price for bailout funds — measures the Greek government will, sooner or later, be forced to halt.

“A breakdown of the [Brussels] discussion would be the best outcome,” Galbraith says . “That would move some of the creditors a little bit more towards reality, perhaps. There’s no point in making more concessions to them. They just keep on asking for more. There’s no way to satisfy these people. They’re engaged in a land grab. They have a strategy to achieve that, but the time of reckoning will come sooner or later.”

Greece, Europe, and the Future

The Brussels meeting follows a day of dramatic protests by thousands of citizens in Athens and Thessaloniki on Sunday, as Greece’s parliament passed a controversial new round of pension and tax reforms demanded by creditors.


Monday’s meeting is the first in six years to focus on the issue of debt relief measures, which may be necessary to avoid a Greek default in July, when the country’s next major repayment to the International Monetary Fund (IMF) and the European Central Bank comes due. Jeroen Dijsselbloem, the head of the Eurogroup of finance ministers, has expressed hope that a deal can be reached later this month. And Greek Prime Minister Alexis Tsipras has said that the Brussels meeting is critical to achieving debt relief and breaking a vicious economic cycle.

But the creditors are divided on the issue, with the IMF favoring debt relief, while Germany leads opposition. Galbraith expects the IMF to capitulate. “The IMF is making noises,” he says, “but they are not going to have the cojones to stand up to the Germans.”

Galbraith, author of The End of Normal and professor at the Lyndon B. Johnson School of Public Affairs at the University of Texas at Austin, has been a close observer of the Greek crisis. His forthcoming book, Welcome to the Poisoned Chalice: The Destruction of Greece and the Future of Europe, will be published in June by Yale University Press. He discusses what is at stake and whether any chance of debt relief exists in the current climate. He believes that on the current path, a Greek default is inevitable, and with it a halt to unsustainable austerity measures.

To the extent that the government pursues the current policy, social instability is likely to escalate.

“There will be more resistance,” Galbraith warns. “It’s the only sensible thing. The Greek people are being maneuvered into a position where they cannot pay their mortgages and they are being dispossessed from their homes. For what? For debts that were incurred under previous governments for completely useless things where the benefits went to German construction companies and French arms firms. The notion that this debt should be paid is absurd.”

New research confirms that the vast majority of the bailout funds Greece is receiving are, in fact, being paid to existing creditors, with less than 5% going to Athens’ fiscal budget. Similar conclusions were reached in Pablo Garcia Bortz’s Institute working paper “The Greek “Rescue: Where Did the Money Go?”

Galbraith believes that the capitulation to the creditors’ terms in July 2015 by Tsipras, despite having been elected on a wave of anti-austerity protest, reduced Greece to a colony. “From that point forward, all policy has been dictated by the outside and the government is simply a colonial administration, nothing else.”

He does not foresee a change of course from Greece’s creditors. For that, he says, “There would have to be a general uprising through the south of Europe.”