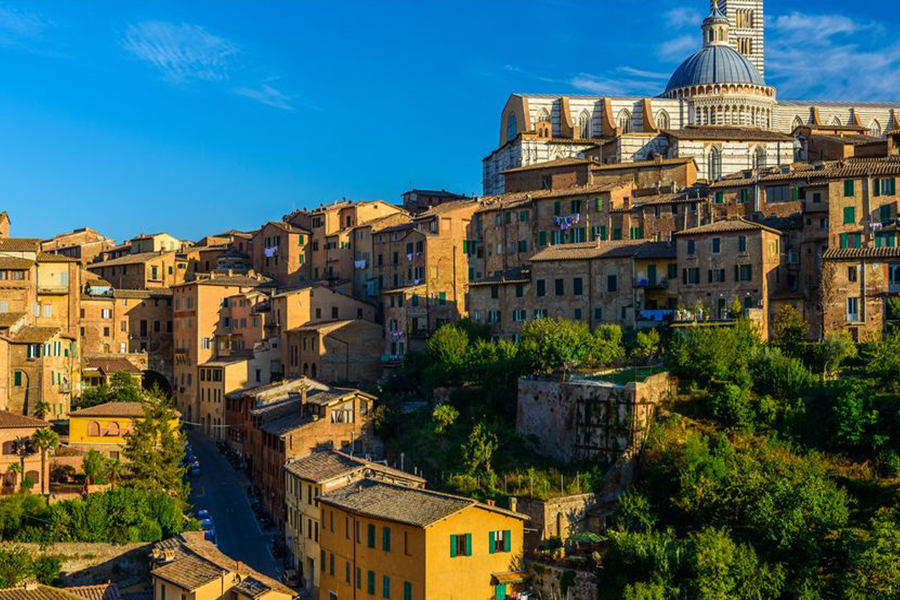 The Institute for New Economic Thinking and the Italian Association for the History of Political Economy (STOREP) announce a day and a half of lectures, workshops, and debates held on the 26th and 27th of June, just before the annual STOREP conference, in Siena, Italy.

The joint event aims at bridging the divide between economics and history, by revamping a methodological tradition of teaching and research, which desperately needs further development. Such tradition sees history as a fundamental instrument of economic analysis and the history of thought as a resource to draw upon in the discussion of both theoretical and policy oriented issues. The historical perspective in economics allows connecting the past and present plurality of approaches and is foundational to the advancement of new ideas and methods, tailored to the questions we want them to address.

Young scholars will present work in the following subject areas:

Two parallel lectures, presenting an account of the different ways in which specific economic issues have been addressed, and to explain the theoretical, empirical and philosophical underpinnings, as well as the implications of each. This year the two lectures will be “Labour market reforms and economic theory” with Prof. Antonella Stirati and “Understanding Industrial Structures and Political Outcomes” with Prof. Thomas Ferguson. (a short description follows)

Rethinking Economics Torino will also be represented at this pre-conference, and is organizing two sessions for participants to enjoy on Thursday June 27th:

About the Young Scholars Initiative (YSI)

YSI is a community of 8049 students, young professionals, and researchers from across the globe pursuing new and critical ways of thinking about the economy.

The working groups are the backbone of the YSI community. Each group pursues questions of mutual interest by organizing webinars, workshops, conferences, and other projects.

STOREP 2019 - The Social Rules! Norms, Interaction, Rationality
The 16th Annual STOREP Conference will be held at the Università di Siena, on June 27-29, 2019.

Dissatisfaction with homo oeconomicus and a utilitarian view of rationality is pervasive in current economic theory, even that part of it that is more akin to mathematical modelling. As the assumption that aggregate behaviour can mirror that of the representative agent has proved to be flawed, economists are increasingly scrutinizing the identity of economic agents, with an emphasis on both the importance of social interaction in shaping it and the influence exerted by the groups individuals belong to. Social dynamics looms large over individual rationality: interpersonal interaction, cooperation and social norms have become central topics of multidisciplinary oriented research.

In truth, historians of economics and economic thought can legitimately consider this a required turn in economic theory. At least after Donald Winch’s work, they have forcefully argued that even the supposed intellectual godfather of economic liberalism, Adam Smith, did not endorse an unrestrained version of individualism, but rather explored the nature of individuals as part of a wider inquiry into the institutional and social contexts wherein they operate – institutionalists will later speak of an “institutionalized man”. Similarly, the recent crisis encouraged extraordinary attention to suggestions coming from Keynes scholars who had been denied attention before it. Theoretical frameworks for analysing the financial meltdown and policy proposals to counteract it now show some distinctly Keynesian trait, with the economics profession searching for clues that orthodox models, also owing to their neglect of the heterogeneity among individuals who act under uncertainty, could not effectively deliver.

The 2019 STOREP Annual Conference in Siena invites contributions exploring the difficulties economics has in dealing with the social dimension of the interactions among individuals and seeking routes to constructively address it. The conference is intended to discuss the complex pattern of interdependence between individuals and society, relying on contributions from a variety of perspectives: history of economics, economic history, a plurality of theoretical approaches and cooperation with other disciplines. How social norms emerge and become stable? Why an established norm may suddenly be abandoned? How is it possible that inefficient norms survive, and which are the incentives motivating people to obey norms? Studies placing emphasis on the theoretical insights and policy implications of assuming individual behaviour as the outcome of social interaction, but also contextual analyses of how social attributes develop, are welcome.