Warren Mosler is an American economist and theorist, and one of the leading voices in the field of Modern Monetary Theory (MMT). Presently, Warren resides on St. Croix, in the US Virgin Islands, where he owns and operates Valance Co., Inc.

An entrepreneur and financial professional, Warren Mosler has spent the past 40 years gaining an insider’s knowledge of monetary operations. He co-founded AVM, a broker/dealer providing advanced financial services to large institutional accounts and the Illinois Income Investors (III) family of investment funds in 1982, which he turned over to his partners at the end of 1997. He began his career after graduating from the University of Connecticut with a B.A. in Economics in 1971 and has been deeply involved in the academic community, giving presentations at conferences around the world and publishing numerous articles in economic journals, newspapers, and periodicals.

He is attributed with creating Mosler’s law that states, “there is no financial crisis so deep that a sufficiently large fiscal adjustment cannot deal with it.”

In addition to his work in the field of economics, he developed – and later sold – his own automobile line, Mosler Automotive, responsible for producing the Mosler MT900 and the Consulier GTP. He also designed his own catamaran that is lighter, faster, and more fuel-efficient than other models.

Mosler is the author of “The Seven Deadly Innocent Frauds of Economic Policy” that has been translated into Italian, Polish, and Spanish

What Modern Monetary Theory Tells Us About Economic Policy 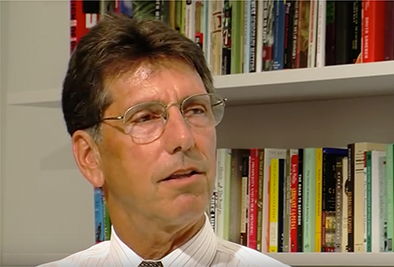 Warren Mosler, president of the financial services firm Valance Company and one of the founders of Modern Monetary Theory (MMT), speaks about what MMT tells us about economic policy. How can MMT help get the economy back on track?