Sara Thornton is Professor of English at the University of Paris Diderot where she teaches nineteenth-century literature and cultural studies. Her seminar “Victorian Persistence” treats the present-day globalization of textual and visual forms, their ideologies and aesthetics and the power of literature, political economy, philosophy and art to circulate and survive beyond Victorian times. She has published Advertising, Subjectivity and the Nineteenth-Century Novel: Dickens, Balzac and the Language of the Walls (Palgrave Macmillan 2009), David Copperfield (Editions du Temps 2006), Circulation and Transfer of Key Scenes in Nineteenth-Century Literature, Cahiers Charles V (2010), Persistent Dickens, Etudes Anglaises with Alain Jumeau (Klincksieck 2012), Littérature et publicité : de Balzac à Beigbeder, co-edition with L. Guellec and F. Hache-Bissette (Editions Gaussen, 2012). She is working on The View from Engels’ Boat : aesthetic responses to economic pressures in Victorian text and image. She directs the ‘Cultural Intelligence and Innovation’ Masters programme at Paris Diderot where she has been working on research and industry impact and outreach projects to promote the humanities in industry and public organisations.

Twisting the economic tale: what literature can do that political economy can’t

This paper will address the problem of how we might gain economic understanding from literature. It will look at the aesthetic form of literature as being an efficient vehicle for economic thinking.

What Can Economists Learn From Literature? 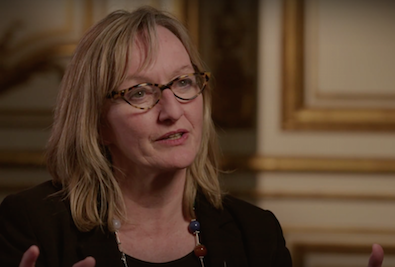