Richard Portes, Professor of Economics at London Business School, is Founder and President of the Centre for Economic Policy Research (CEPR), inaugural holder of the Tommaso Padoa-Schioppa Chair at the European University Institute, and Co-Chair of the Board of Economic Policy. He is an elected Fellow of the Econometric Society and of the British Academy. He is a member of the Advisory Scientific Committee to the European Systemic Risk Board, of the Steering Committee of the Euro50 Group, and of the Bellagio Group on the International Economy. Professor Portes was a Rhodes Scholar and a Fellow of Balliol College, Oxford (of which he is now an Honorary Fellow), and has also taught at Princeton, Harvard, and Birkbeck College (University of London). He has been Distinguished Global Visiting Professor at the Haas Business School, University of California, Berkeley, and Joel Stern Visiting Professor of International Finance at Columbia Business School. He holds three honorary doctorates. His current research interests include international macroeconomics, international finance, macroprudential regulation, European bond markets and European integration. He has written extensively on globalisation, sovereign borrowing and debt, European monetary issues, European financial markets, and international capital flows. 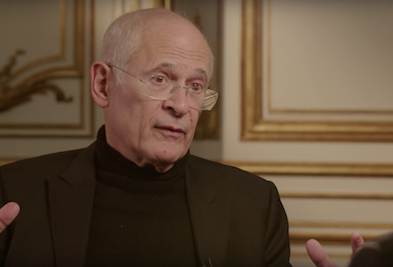 Professor Richard Portes discusses the problems of Europe and then specifically drills down into Greece itself.