Paul Krugman is distinguished scholar at the Luxembourg Income Study Center, The Graduate Center, City University of New York, where he will join the faculty in 2015. Krugman is currently professor of economics and international affairs at Princeton University’s Woodrow Wilson School. He is best-known to the general public as op-ed columnist and blogger for The New York Times.

In 2008, Krugman was the sole recipient of the Nobel Memorial Prize in Economic Sciences for his work on international trade theory. In 2011, his blog, “The Conscience of Liberal,” was ranked number one of The 25 Best Financial Blogs by Time magazine. The blog has approximately 1.23 million Twitter followers.

In addition to the Nobel, Krugman is the recipient of John Bates Clark Medal from the American Economic Association, an award given every two years to a top economist under the age of 40. He also received the Asturias Award given by King of Spain, considered to be the European Pulitzer Prize.

Author or editor of more than 25 books and over 200 published professional articles, Krugman has written extensively for non-economists as well. Before joining the staff of The New York Times, his work appeared in Fortune, Slate, Foreign Policy, The New Republic and Newsweek.

Krugman’s approach to economics is reaching a new generation of college students. He and Robin Wells have coauthored college textbooks on Micro and Macroeconomics that rank in the top-selling economics textbooks used in American colleges today.

Prior to his appointment at Princeton, Krugman served on the faculty of MIT, Yale and Stanford. He is a Fellow of the Econometric Society and a member of the Group of Thirty. He has served as a consultant to the Federal Reserve Bank of New York, the World Bank, the International Monetary Fund, the United Nations, as well as to foreign countries including Portugal and the Philippines. In his twenties, he served as senior international economist for the President’s Council of Economic Advisers under Ronald Reagan.

He is a regular contributor to ABC-TV’s “This Week” with George Stephanopoulos and makes frequent appearances on Charlie Rose, PBS NewsHour, Bloomberg Television, CNBC and MSNBC.

Krugman’s four recent trade books, End This Depression Now!, The Return of Depression Economics and the Crisis of 2008, The Conscience of a Liberal and The Great Unraveling became New York Times bestsellers. - See more at: http://www.gc.cuny.edu/Page-Elements/Academics-Research-Centers-Initiatives/Centers-and-Institutes/Luxembourg-Income-Study-Center/Paul-Krugman,-Distinguished-Scholar#sthash.NtfIkdOR.dpuf

Mathematics, Models and Reality in Microeconomics

Have economists fallen in love with an idealized vision of an economy in which rational individuals interact in perfect markets? To what extent is standard microeconomics responsible for this state of affairs?

A Conversation on the Economy 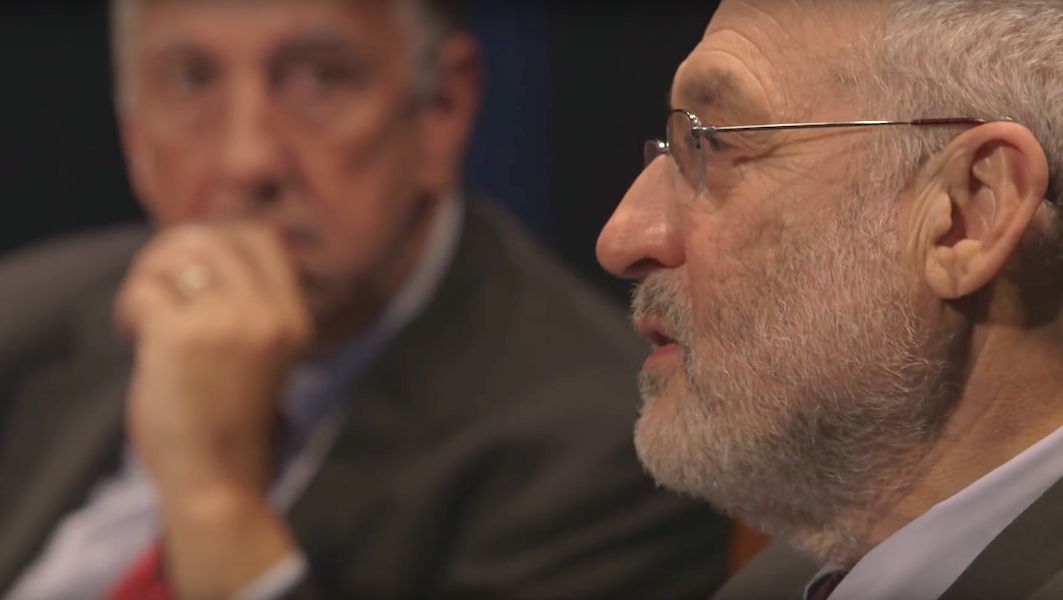 What do you get when you put two of the most well known and most widely cited economists in the world, both Nobel laureates, on stage together? A healthy dose of economic reality.