Orville Schell is the Arthur Ross Director of the Center on U.S.-China Relations at the Asia Society in New York. He is a former professor and Dean at the University of California, Berkeley’s Graduate School of Journalism.

Schell is the author of fourteen books, nine of them about China, including Virtual Tibet: Searching for Shangri-La from the Himalayas to Hollywood (Metropolitan Books, 2000), Mandate of Heaven: The Legacy of Tiananmen Square and the Next Generation of China’s Leaders (Simon & Schuster, 1994), and others. He is a contributor to such magazines as The New Yorker, The Atlantic, The New York Times Magazine, Newsweek, Granta, The China Quarterly, and The New York Review of Books. His latest book, Wealth and Power: China’s Long Road to the Twenty-first Century, is due out this Summer, 2013.

Schell holds a B.A. in Far Eastern History from Harvard, an M.A. and Ph.D. (Abd) in Chinese History from the University of California, Berkeley, and was an exchange student at National Taiwan University. He worked for the Ford Foundation in Indonesia, covered the war in Indochina as a journalist, and has traveled widely in China since the mid-1970s.
He is a Fellow at the Weatherhead East Asian Institute at Columbia University, a Senior Fellow at the Annenberg School of Communications at USC, and a member of the Council on Foreign Relations. Schell is the recipient of many prizes and fellowships, including a Guggenheim Fellowship, the Overseas Press Club Award, and the Harvard-Stanford Shorenstein Prize in Asian Journalism.

Wealth and Power - China's Long March to the Twenty-first Century 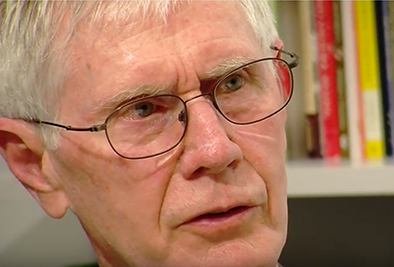