Kenneth Rogoff served as Economic Counsellor and Director, Research Department of the International Monetary Fund from August 2001 to September 2003. He was previously a Professor in the Department of Economics at Harvard University and, before that, the Charles and Marie Robertson Professor of International Affairs at Princeton University. Early in his career, Rogoff served as an economist at the International Monetary Fund and also at the Board of Governors of the Federal Reserve System. He is an elected member of the American Academy of Arts and Science as well as the Econometric Society, and a former Guggenheim Fellow. Mr Rogoff received a B.A. from Yale University summa cum laude in 1975, and a Ph.D. in Economics from the Massachusetts Institute of Technology in 1980. Mr. Rogoff has published extensively on policy issues in international finance, including exchange rates, international debt issues, and international monetary policy. Together with Maurice Obstfeld, he is co-author of the 1996 graduate text/treatise Foundations of International Macroeconomics. Mr. Rogoff was awarded the life title of international grandmaster of chess by the World Chess Federation (FIDE) in 1978.

Protectionism Will Not Protect Jobs Anywhere 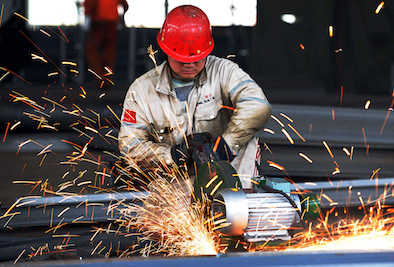 The same angst that Americans and Europeans have about the future of jobs is an order of magnitude higher in Asia.

Advisory Board members Carmen Reinhart and Kenneth Rogoff today issued a response to recent criticism of their paper “Growth in a Time of Debt.”

INET Advisory Board members Carmen Reinhart and Kenneth Rogoff today issued a response to recentcriticism of their paper “Growth in a Time of Debt.” Their response in full is below.