Jan Kregel is a senior scholar at the Levy Economics Institute of Bard College and director of its Monetary Policy and Financial Structure program. He also holds the position of professor of development finance in the Ragner Nurkse School of Innovation and Governance of Tallinn University of Technology and Distinguished Research Professor, University of Missouri, Kansas City. He is co-editor of the Journal of Post Keynesian Economics.

Kregel has published extensively, contributing over 200 articles to edited volumes and scholarly journals, including the Economic Journal,American Economic Review, Journal of Economic Literature, Journal of Post Keynesian Economics, Economie Appliquée, and Giornale degli Economisti. His major works include a series of books on economic theory, among them, Rate of Profit, Distribution and Growth: Two Views, 1971; The Theory of Economic Growth, 1972; Theory of Capital, 1976; and Origini e sviluppo dei mercati finanziari, 1996.

Kregel studied under Joan Robinson and Nicholas Kaldor at the University of Cambridge, and received his Ph.D. from Rutgers University under the chairmanship of Paul Davidson. He is a life fellow of the Royal Economic Society (UK) and an elected member of the Società Italiana degli Economisti and Patron of the Associação Keynesiana Brasileira. In 2010, he was awarded the prestigious Veblen-Commons Award by the Association for Evolutionary Economics; in 2011 he was elected to the Italian Accademia Nazionale dei Lincei.

“Taking advantage of the opportunity offered by the structural adjustments of the global economy…”The decisions on the four modernisations taken at the Third Plenum represented a radical change in Chinese domesticdevelopment strategy.

The Continuing Risk of Derivatives 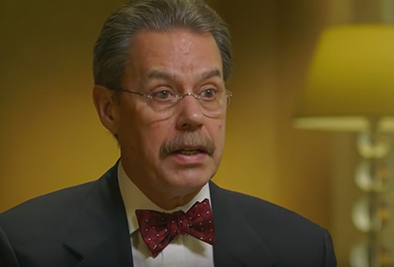 Jan Kregel on the Continuing Risk of Derivatives