Joachim Voth holds the UBS Chair in Macroeconomics and Financial Markets at the Economics Department, University of Zurich. Voth is one of the managing editors of the Economic Journal and associate editor at the QJE. Voth’s area of specialization is economic and financial history.

Formerly a professor at UPF, Barcelona, Voth has been in Zurich since 2014. Voth has served as editor of Explorations in Economic History, and of the European Review of Economic History. Voth’s research has been published in four of the top 5 journals in economics, as well as in books and field journals. Principal areas of research include long-run economic growth, the history of sovereign debt, causes and consequences of the Nazi Party’s rise to power, and the economic history of the Industrial Revolution. Voth has published three academic books with OUP and Princeton UP, five popular books, and over 50 articles. These have appeared (inter alia) in the AER, the QJE, JPE, RESTUD, RESTAT, the EJ, the Journal of Economic History, the Journal of Economic Growth, the European Economic Review, and Explorations in Economic History. Their research has also been profiled in The Economist, the FT, the New York Times, Financial Times Deutschland, Wall Street Journal, NZZ, Handelsblatt, FAZ, Le Monde, Vanguardia and De Volkskraat.

Voth’s many research awards include, the Albert Hirschman Award by Foreign Policy, the EHA’s Alexander Gerschenkron Prize, the Gino Luzzatto Prize from the European Historical Economics Society, the Larry Neal Prize for best paper in Explorations in Economic History, and a Ramon y Cajal research distinction from the Spanish Ministry of Education.

Betting on Hitler – The Value of Political Connections in Nazi Germany

This paper examines the value of connections between German industry and the Nazi movement in early 1933. Drawing on previously unused contemporary sources about management and supervisory board composition and stock returns, we find that one out of seven firms, and a large proportion of the biggest companies, had substantive links with the National Socialist German Workers’ Party. Firms supporting the Nazi movement experienced unusually high returns, outperforming unconnected ones by 5% to 8% between January and March 1933. These results are not driven by sectoral composition and are robust to alternative estimators and definitions of affiliation.

The Austerity Trap: A Century of Unrest and Budget Cuts

Budget cuts can be dangerous. Inspired by the wrenching experience in Greece, increasing attention is now being paid to the fact that austerity may fail to reduce the government deficit if the economy declines in response, as is likely in a liquidity trap (Delong and Summers 2012).

The Euro Crisis - The Spanish Perspective 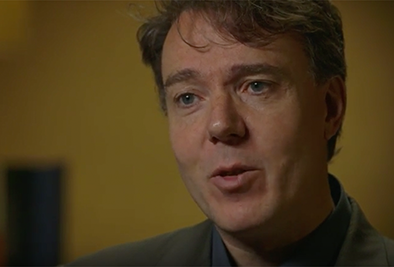