Erik Berglöf is the Director of the Institute for Global Affairs at the London School of Economics. He served as the Chief Economist and Special Adviser to the President at the European Bank for Reconstruction and Development from 2006-2014. He has also held the position of Professor and Director of SITE at the Stockholm School of Economics. He has also taught at the Université Libre de Bruxelles and held visiting positions at Harvard, Stanford and MIT.

He has published widely on financial development, corporate governance and transition economics. His interests have been particularly oriented towards policy issues in emerging economies, but he has also contributed extensively to the debate on regional and global institutional architecture. He has regularly provided advice to national governments and international institutions including the IMF and the World Bank.

Why This Time Is Different for Ukraine

The Ukrainian government has committed to implement far-reaching reforms in exchange for the support it is getting from the international community, led by the International Monetary Fund (IMF). Understandably, given Ukraine’s disappointing transition history, there is widespread scepticism on whether the country will live up to its commitments. Three failed IMF programmes later, the fundamental question is: Is it different this time?

Building a Bridge Between Political And Economic Reform 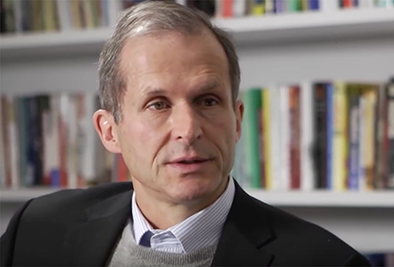