Dan Awrey is a University Lecturer in Law and Finance at Oxford University, where he is also a Fellow of Linacre College. Dan holds degrees from Queen’s University (B.A., LL.B.), the University of Toronto (LL.M.) and Oxford University (D.Phil.). Before entering academia, Dan served as Director of Law and Corporate Affairs for a global investment management firm and, prior to that, as an associate practicing securities and corporate finance law at major Canadian law firm.

Dan’s teaching and research interests reside primarily in the area of financial regulation and, more specifically, the institutions, instruments and markets which comprise what is often, and rather inelegantly, referred to as the shadow banking system. Dan’s research and views in this area have been featured in publications including The Financial Times and The Wall Street Journal.

In addition to his posts at Oxford, Dan is a Senior Visiting Lecturer at the National University of Singapore. He is also a member of the research team of the Global Law in Finance Network funded by the Institute for New Economic Thinking.

Toward a Supply-Side Theory of Financial Innovation

Innovation. The word is evocative of ideas, products and processes which have somehow made the world a better place. Prior to the global financial crisis, many viewed financial innovation as unequivocally falling into this category.

Winter School on Law and Finance 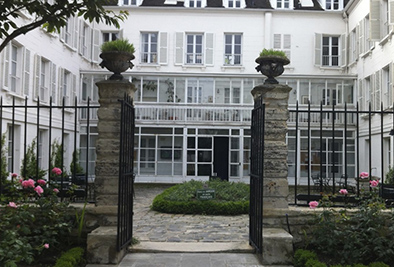 The Institute will host the Winter School on Law and Finance at Columbia University’s Global Center in Paris on January 6-9, 2014.