Andrea Terzi is Professor of Economics at Franklin University Switzerland, Research Associate at the Levy Economics Institute of Bard College, and Lecturer of monetary economics at Catholic University, Milan, Italy. He has been a visiting scholar at the University of Tennessee and the University of Cambridge. Actively engaged in upgrading the teaching of monetary economics, Terzi directs his research to the fields of money, macro-financial accounts, and the relationship between savings, finance, and debt. He has authored numerous scholarly articles in the fields of macro- and monetary economics. Terzi’s co-edited 2007 book from Palgrave Macmillan (Euroland and the World Economy) offered an early diagnosis of Europe’s unsustainable path, and his commentary on the Euro crisis and the flaws of conventional monetary economics has been highlighted in the media. Terzi, who holds a degree with honors in political economy from Bocconi University and a Ph.D. in economics from Rutgers University, serves on the editorial boards of the European Journal of Economics and Economic Policies: Intervention and the Journal of Post Keynesian Economics.

The Eurozone crisis: A debt shortage as the final cause

This paper proposes a different interpretation of the Eurozone crisis, seeing as its “final” cause European policies which have forced private savings down too low. 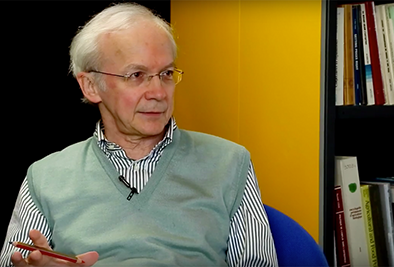 Has the euro experiment largely failed to meet the needs of the people who use it? If so, what can be done? Andrea Terzi suggests innovative ways to repair the Eurozone’s flawed fiscal architecture.