Alexander Kinmont began his career at Dai-Ichi Securities in 1985. In 1986, he joined Laing & Cruickshank in Tokyo as an analyst covering real estate and related sectors (railways, housing etc). This business was acquired by Credit Lyonnais (now CLSA) in 1988.
He spent 1990 in Credit Lyonnais`s investment banking division in Paris before returning to Tokyo in 1991 with Morgan Stanley, initially also as a real estate analyst. In 1993, he became Morgan Stanley Japan’s Investment Strategist. Between 2001 and 2004 he was Chief Strategist for Nikko Salomon Smith Barney in Japan. In 2005, he was employed by Prospect Asset Management, where he was principally responsible for a London-listed, J-REIT value fund. In this capacity he successfully negotiated the purchase of controlling interests in 2 Japanese listed companies. In 2007, he joined Babcock & Brown`s Tokyo office as director responsible for listed and unlisted real estate-related investments.
In November 2008, he became a non-executive director of Milestone Asset Management. In March 2009, he re-joined Morgan Stanley, again as Chief Japan Strategist. He retired from Morgan Stanley on July 31st 2011 and became CEO of Milestone on August 1st 2011.
Kinmont graduated from Oxford University with an MA in Literae Humaniores (Greek and Latin Literature & Ancient History) in 1985

The Future of Japan and Abenomics 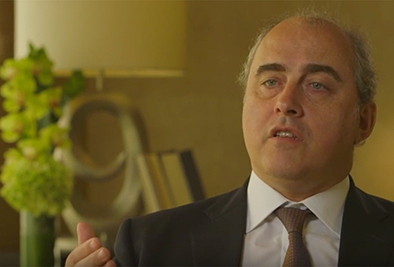 Will Abenomics succeed in getting Japan’s economy back on the path to sustainable growth? Or is it doomed to fail?