Antonio Damasio is University Professor, David Dornsife Professor of Neuroscience, and Director of the Brain and Creativity Institute at the University of Southern California; he is also an adjunct professor at the Salk Institute in La Jolla, California. Damasio has made seminal contributions to the understanding of brain processes underlying emotions, feelings, decision-making and consciousness. He is the author of numerous scientific articles (Web of Knowledge H Index is 83; over 32,000 citations; named “Highly Cited Researcher” by the Institute for Scientific Information.) His research has received continuous Federal funding for over 30 years. He is the recipient of many awards (including the Grawemeyer Award, 2014; the Honda Prize, 2010; the Asturias Prize in Science and Technology, 2005; and the Signoret Prize, 2004, which he shared with his wife Hanna Damasio). Damasio is a member of the Institute of Medicine of the National Academy of Sciences and a Fellow of the American Academy of Arts and Sciences, the Bavarian Academy of Sciences, and the European Academy of Sciences and Arts. He also holds Honorary Doctorates from several Universities.

He has written several books, among them Descartes’ Error, The Feeling of What Happens, Looking for Spinoza. and Self Comes to Mind, translated and taught in universities worldwide.

Exploring the Concept of Homeostasis and Considering its Implications for Economics

The reality of human homeostasis expands the views on preferences and rational choice that are part of traditionally conceived Homo economicus and casts doubts on economic models that depend only on an “invisible hand” mechanism. 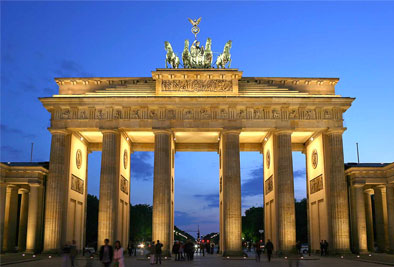 The Institute joined the Centre for International Governance Innovation, and the Mercator Research Institute on Global Commons and Climate Change in hosting its third-annual plenary conference in Berlin from April 12-15, 2012.