How Unregulated Finance is Killing Democracy

The twin threats of right-wing populism and unencumbered financial capitalism pose a crisis for democracy across the world, argues Robert Kuttner in his new book, Can Democracy Survive Global Capitalism?

In his new book, American Prospect magazine editor Robert Kuttner charts the rise and fall of democracy in the West since World War II. The postwar social order was characterized by a unique “harmonic convergence of forces”—including an economically-directive state, a weakened capital-owner class, and strengthened labor unions—which allowed for economic growth within democratic institutions. But, following the Western economic crisis of the 1970’s and the collapse of the Bretton Woods system, big business was able to again direct the economy as it did in the pre-war period; the difference is that this time, banking and finance have played an increasingly leading role. The anti-regulatory climate this yielded in the 1980’s and 1990’s facilitated the 2008 financial crisis, which has in turn activated right-wing, populist movements against democracy. 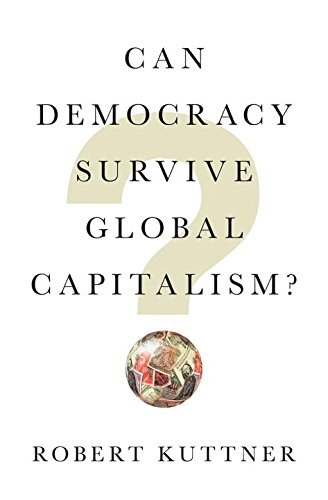