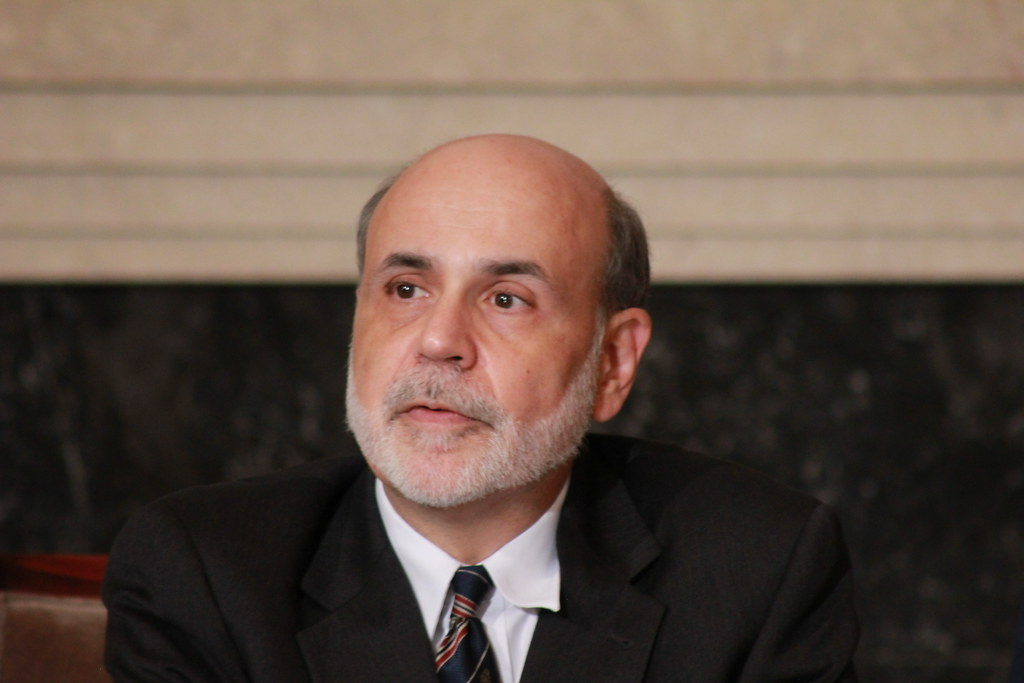 In the papers of economist Charles Kindleberger, Perry Mehrling found notes on the paper that won Ben Bernanke his Nobel Prize.

In the 1983 paper cited as the basis for Bernanke’s Nobel award, the first footnote states: “I have received useful comments from too many people to list here by name, but I am grateful to each of them.” One of those unnamed commenters was Charles P. Kindleberger, who taught at MIT full-time until mandatory retirement in 1976 and then half-time for another five years. Bernanke himself earned his MIT Ph.D. in 1979, whereupon he shifted to Stanford as Assistant Professor. Thus it was natural for him to send his paper to Kindleberger for comment, and perhaps also natural for Kindleberger to respond.

As it happens, the carbon copy of that letter has been preserved in the Kindleberger Papers at MIT, and that copy is reproduced below as possibly of contemporary interest. All footnotes are mine, referencing the specific passages of the published paper, a draft copy of which Kindleberger is apparently addressing, and filling in context that would have been familiar to both Bernanke and Kindleberger but may not be to a modern reader. With these explanatory notes, the text speaks for itself and requires no further commentary from me.

Thank you for sending me your paper on the great depression. You ask for comments, and I assume this is not merely ceremonial. I am afraid you will not in fact welcome them.

I think you have provided a most ingenious solution to a non-problem.[1] The necessity to demonstrate that financial crisis can be deleterious to production arises only in the scholastic precincts of the Chicago school with what Reder called in the last JEL its tight priors, or TP.[2] If one believes in rational expectations, a natural rate of unemployment, efficient markets, exchange rates continuously at purchasing power parities, there is not much that can be explained about business cycles or financial crises. For a Chicagoan, you are courageous to depart from the assumption of complete markets.[3]

You wave away Minsky and me for departing from rational assumptions.[4] Would you not accept that it is possible for each participant in a market to be rational but for the market as a whole to be irrational because of the fallacy of composition? If not, how can you explain chain letters, betting on lotteries, panics in burning theatres, stock market and commodity bubbles as the Hunts in silver, the world in gold, etc… Assume that the bootblack, waiters, office boys etc of 1929 were rational and Paul Warburg who said the market was too high in February 1929 was not entitled to such an opinion. Each person hoping to get in an[d] out in time may be rational, but not all can accomplish it.

Your data are most interesting and useful. It was not Temin who pointed to the spread (your DIF) between governts [sic] and Baa bond yields, but Friedman and Schwartz.[5] Column 4 also interests me for its behavior in 1929. It would be interesting to disaggregate between loans on securities on the one hand and loans and discounts on the other.

Your rejection of money illusion (on the ground of rationality) throws out any role for price changes. I think this is a mistake on account at least of lags and dynamics. No one of the Chicago stripe pays attention to the sharp drop in commodity prices in the last quarter of 1929, caused by the banks, in their concern over loans on securities, to finance commodities sold in New York on consignment (and auto loans).[6] This put the pressure on banks in areas with loans on commodities. The gainers from the price declines were slow in realizing their increases. The banks of the losers failed. Those of the ultimate winners did not expand.

Note, too, the increase in failures, the decrease in credit and the rise in DIF in the last four of five months of 1931.[7] Much of this, after September 21, was the consequence of the appreciation of the dollar from $4.86 to $3.25.[8] Your international section takes no account of this because prices don’t count in your analysis. In The World in Depression, 1929-1939, which you do not list,[9] I make much of this structural deflation, the mirror analogue of structural inflation today from core inflation and the oil shock. But your priors do not permit you to think them of any importance.

Bernanke, Ben S. 1983. “Nonmonetary Effects of the Financial Crisis in the Propagation of the Great Depression.” American Economic Review 73 No 3 (June): 257-276.

[1] Bernanke (1983, 258): “reconciliation of the obvious inefficiency of the depression with the postulate of rational private behavior”.

[3] Bernanke (1983, 257): “The basic premise is that, because markets for financial claims are incomplete, intermediation between some classes of borrowers and lenders requires nontrivial market-making and information-gathering services.” And again at p. 263: “We shall clearly not be interested in economies of the sort described by Eugene Fama (1980), in which financial markets are complete and information/transactions costs can be neglected.”

[4] Bernanke (1983, 258): “Hyman Minsky (1977) and Charles Kindleberger (1978) have in several places argued for the inherent instability of the financial system, but in doing so have had to depart from the assumption of rational economic behavior.” It is perhaps relevant to observe that elsewhere Kindleberger takes pains to point out the limitations of the Minsky model for explaining the great depression: “it is limited to the United States; there are no capital movements, no exchange rates, no international commodity prices, nor even any impact of price changes on bank liquidity for domestic commodities; all assets are financial.” (Kindleberger 1985, 302) This passage appears in Kindleberger’s contribution to a 1981 conference sponsored by the Banca di Roma and MIT’s Sloan School of Management, which followed on a 1979 Bad Homburg conference that also included both men, which proceedings were published as Financial Crises: Theory, History and Policy (Cambridge 1982).

[6] It is exactly the sharp drop in commodity prices that Kindleberger puts at the center of his explanation of why the depression was worldwide since commodity prices are world prices. Kindleberger (1973, 104): “The view taken here is that symmetry may obtain in the scholar’s study, but that it is hard to find in the real world. The reason is partly money illusion, which hides the fact of the gain in purchasing power from the consumer countries facing lower prices; and partly the dynamics of deflation, which produce an immediate response in the country of falling prices, and a slow one, often overtaken by spreading deflation, in the country with improved terms of trade, i.e. lower import prices.”

[9] The published version, Bernanke (1983), still does not list Kindleberger (1973), citing only Kindleberger (1978), Manias, Panics, and Crashes. Notably, the full title of that book includes also the words “A History of Financial Crises.” Kindleberger himself quite explicitly frames Manias as an extension of the Depression book, now including all of the international financial crises he can find. Later commentary however follows Bernanke in viewing Kindleberger (1978) as instead an extension of Minsky’s essentially domestic Financial Instability Hypothesis, which is not correct. On this point see footnote 4, and more generally, Chapter 8 of my book Money and Empire (Cambridge 2022).