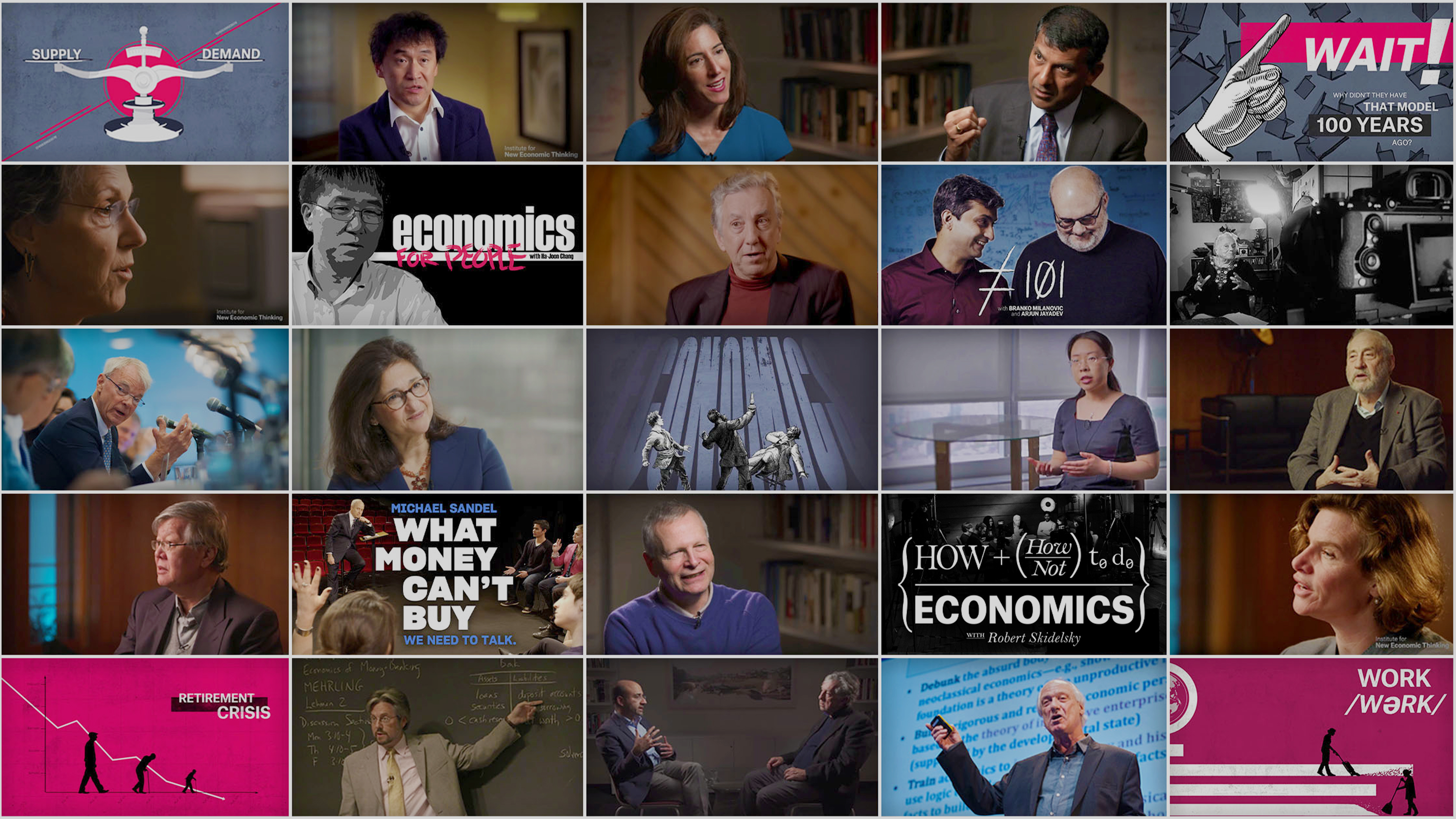 “The Institute for New Economic Thinking has long fostered an open environment for the exchange of ideas and academic inclusion. Luohan Academy is very excited to partner with INET to bring new and unconventional thinking to China and vice versa, as both institutions share similar vision to serve society,” said Chen Long. “I believe this will be the first milestone of many to come. We can’t wait to embark on this journey together as we begin to host seminars, online and offline events, and find new avenues for collaboration, bringing the best scholars from East to West to explore our shared future.”

“Luohan Academy’s pioneering work on the digital economy and inclusive growth is both of critical importance at our age and an effort widely recognized throughout the world,” Rob Johnson added. “Under the auspices of the Alibaba Group and leadership of Dr. Chen Long, the Luohan academy has established itself as a leading research institute with global reach. INET believes Luohan academy is an outstanding partner to collaborate with to advance our joint mission of seeking inclusive prosperity and building an economy that serves humanity.”

Nobel Laureate Michael Spence commented, “I have the privilege of working with both INET and the Luohan Academy. I am thrilled to see these two organizations joining hands to distribute this great video content in mainland China. This is a promising partnership that can play an important role in creating a powerful and informed public discourse across national boundaries. It can also help support the research of innovative young economists. The huge amount of digital data is a real resource for new research agendas.”

INET has more than a thousand educational videos, including courses, interviews, animations, series, and conferences. The free library was created by Rob Johnson and INET Director of Video Matthew Kulvicki as a public good for economists, students and people interested in economics. Now in partnership with Luohan Academy, INET looks forward to producing new content with Luohan’s pool of experts.

Institute For New Economic Thinking (INET) is a nonpartisan, nonprofit organization devoted to developing and sharing the ideas that can repair our broken economy and create a more equal, prosperous, and just society. We conduct and commission research, convene forums for exchanging ideas, develop curricula and nurture a global community of young scholars to meet current and future challenges.
INETeconomics.org | Twitter | Facebook | Instagram | YouTube

Luohan Academy was founded in Hangzhou on June 26th, 2018. It is an open research institute initiated by the Alibaba Group and launched by world-renowned social scientists, which consist of the academy’s academic committee, including six Nobel Prize laureates in economics. Luohan Academy will dedicate itself to collaborating with world-class social scientists and practitioners to collectively explore and shape the consensus regarding how to embrace the social and economic transformations brought by digital technology. The purpose of Luohan Academy is to serve the society at large, addressing the most important global challenges as well as having an eye for the humanity’s long-term future.
LuohanAcademy.com | Twitter | Facebook