INET Welcomes Clive Cowdery to Its Governing Board 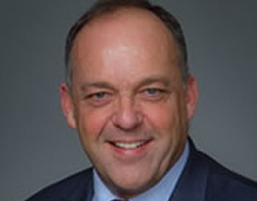 Cowdery brings his expertise in business, foundations, and publishing to INET

We are delighted to announce the appointment of Clive Cowdery to INET’s Governing Board. Mr. Cowdery is a vital addition to INET’s leadership who will bring his abundant expertise in economic and financial issues, as well as nonprofits and publishing, to our organization. He will serve a three-year term.

Mr. Cowdery is Chairman of the insurance firm The Resolution Group, which he founded in 2003. Resolution acquires and operates insurance companies in the U.K., U.S., and Europe.

He is also Chairman of The Resolution Foundation, which he founded in 2005 as an independent research and policy organization dedicated to improving the well-being of low-to-middle earners in today’s economy. It adopts a non-partisan, evidenced-based approach, and has won a number of awards for the quality of its research.

Mr. Cowdery received a knighthood in January 2016 for his involvement in the Resolution Foundation and his contributions to children’s social care policy.

We are pleased to welcome Mr. Cowdery to the INET community.