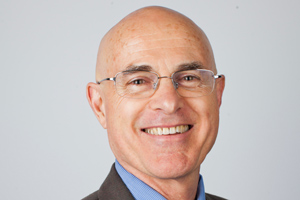 Rod O’Donnell has been a full professor of economics in Australia since 1995, initially at Macquarie University and currently at the University of Technology in Sydney. He undertook undergraduate degrees in both economics and philosophy at the University of Sydney before completing his Ph.D. in economics at Cambridge University in 1982. His doctoral dissertation, after being expanded to include political thought, was published in 1989 as Keynes: Philosophy, Economics and Politics. An edited volume, Keynes as Philosopher­Economist followed in 1991. The investigation of Keynes’s thought is one of O’Donnell’s enduring research interests, leading to a stream of refereed journal articles and book chapters analyzing Keynes’s economics, philosophy, politics, and other topics. As an award‐winning teacher, he also undertakes research focused on better teaching outcomes – more specifically, on making economics accessible without dumbing it down, the expansion of human capital by explicitly including skill acquisition in the curriculum (including creativity and innovation), and the adequacy of the threshold concepts approach. He also is a co‐editor of the Australasian Journal of Economics Education.