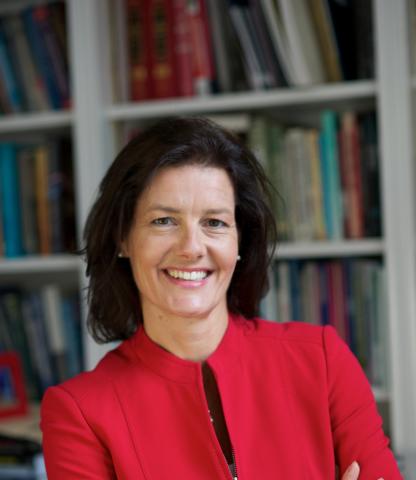 Professor Ngaire Woods is the inaugural Dean of the Blavatnik School of Government and Professor of Global Economic Governance. Her research focuses on global economic governance, the challenges of globalization, global development, and the role of international institutions. She founded and is the Director of the Global Economic Governance Programme (www.globaleconomicgovernance.org). She is co-founder (with Robert O. Keohane) of the Oxford-Princeton Global Leaders Fellowship programme. She led the creation of the Blavatnik School of Government at Oxford University and, before her appointment as Dean, served as the School’s Academic Director.

Ngaire Woods has served as an Advisor to the IMF Board, to the UNDP’s Human Development Report, and to the Commonwealth Heads of Government. She was a regular presenter of the Analysis Program for BBC Radio 4, and in 1998 presented her own BBC TV series on public policy. She has also served as a member of the IMF European Regional Advisory Group, and Chair of a World Economic Forum’s Global Agenda Council. She is currently a Rhodes Trustee, a Non-Executive Director of Arup, a member of the Advisory Group of the Center for Global Development (Washington DC), a member of the Board of the Center for International Governance Innovation (Waterloo), a member of the Academic and Policy Board of Oxonia, and a Trustee of the Europeaum.