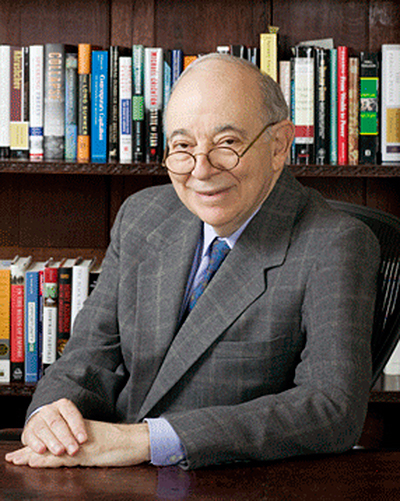 Malcolm H. Wiener is an historian, archeologist, investor, attorney, writer, veteran, and philanthropist. An Aegean prehistorian, he has written extensively on the Eastern Mediterranean world in the Bronze Age. In 1982, he founded the Institute for Aegean Prehistory and has since received honorary doctorates from the Universities of Sheffield, Tübingen, Athens, Cincinnati, Arizona, University College London, and Dickinson College. He is a member or foreign honorary member of the Royal Swedish Academy, the Austrian Academy, the Society of Antiquaries of the UK, the

German Archaeological Institute, and the American Academy of Arts and Sciences. He received the Ring of Honour of the Academy of Sciences and Literature in Germany, the Bandelier Award for Public Service to Archaeology from the Archaeological Institute of America, and the Gold Cross of Honor from the government of Greece. He is also a Chevalier de l’Ordre des Arts et des Lettres of France.

Mr. Wiener was the founder and chairman of several investment firms and has published a number of works on economic policy. Awarded a Naval ROTC four-year scholarship, he is a graduate of Harvard College and Harvard Law School. The Center for Social Policy of the Harvard Kennedy School is named in his honor.

A veteran of the U.S. Navy, Mr. Wiener is also a member of the Council on Foreign Relations, where he chaired and authored the report of a CFR Independent Task Force on non-kinetic technologies and weapons.

Mr. Wiener was born in Tsingtao, China, is the founder of the Malcolm Hewitt Wiener Foundation, and is a trustee of the Metropolitan Museum of Art and Chairman of the Board of the American School of Classical Studies at Athens.