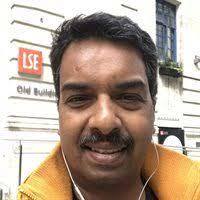 Nilanjan brings to the role professional experience in 3 related areas in higher education: research and teaching, academic publishing, and administration.

Nilanjan was awarded his PhD in 2005 from the School of Oriental and African Studies, University of London, on a Persian Advice text written in 14th century Delhi, now surviving as a single manuscript in the collections of the British Library. His specialism is in the medieval Islamic history of the Indian subcontinent, with a particular focus on the pre-Mughal period (AD 1000-1400) in which he holds a Masters and an MPhil from the University of Delhi. In 2009 he was Post-Doctoral Fellow at the Zentrum Moderner Orient in Berlin, where he worked on the role of imagination in urban descriptions of Delhi in the 14th century. He has recently published Streaming the Past: Peninsular India in History (co-edited, 2019), and is currently working on a book manuscript on the role of India’s early Islamic history in its contemporary identity. He has taught in several colleges in Delhi, and at the School of Oriental and African Studies, London.

His research interests and publications are in scribal cultures and making of historical archives in early medieval India, techniques of history-writing in Indo-Persian traditions, the creation of historical knowledge in Islamic pre-Mughal India, and investigating categories of identity – of individuals, groups and institutions. A wider spread of these interests includes concerns with the use of history in contemporary India’s construction of identity, selfhood and nationhood; and he was associated with a project on the history of friendship in pre-colonial India.

In his administrative roles, Nilanjan has handled student recruitment, widening participation, outreach programmes and associated tasks in UK Higher Education. Between 2000-2005 he worked in various such roles at SOAS, and has attended HE recruitment fairs in the UK, as well as in the US, Canada and India, organised summer schools and Open Days, and was responsible for preparing undergraduate and postgraduate prospectuses, and handbooks for international students. He has also worked to raise funds and build networks with donors and alumni. Most recently, Nilanjan was Administrator at the King’s India Institute, King’s College London.

He is a trained copyeditor, and was Publishing Manager at Routledge Books in New Delhi till November 2011, where his principal task was to help create an academic titles list to establish the brand as a commercially viable enterprise in India; earlier, in the mid-1990s, he worked in SAGE Publications in New Delhi, where he was Editor of academic books and journals; and he has been associated with various aspects of commercial academic book publishing in India in freelance roles. In London, he worked as Web & Publications Editor at SOAS, where he was responsible for preparing online materials for student recruitment, course content, publicity and marketing, and was responsible for web-content administration.

He is Academic Advisor to The Partition Museum in Amritsar, India.