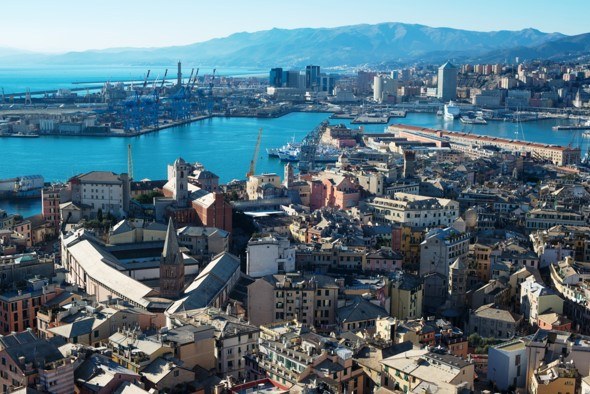 YSI is hosting sessions at the 2018 STOREP conference.

Young scholars will present their work during a conference session titled “Cryptocurrencies: will machines replace your banker?,” moderated by Orsola Costantini of the Institute for New Economic Thinking. VIEW THE PROGRAM HERE.

The emergence of cryptocurrencies and the speculative rise of bitcoin value have attracted a lot of mainstream media attention. Yet, except for a few experts, the economic profession has largely disregarded the phenomenon, especially in the heterodox scholarship.

Public reactions range from enthusiasm for what could be the beginning of a new era of economic liberty, and interest for the opportunities it would bring to grassroots communities, to fear for the dangers of a right-wing disruption of the state and of the monetary system. Central banks, on the other hand, have started to explore ways to deal with and even incorporate those transactions. But several questions remain unanswered, which this session tries to address.

Presentation 1: Current developments around the Blockchain-technology: an overview

After a short introduction by the organizer and moderator about the role of computers in the economic theory, Anna Reisch (Netzwerk Plurale Ökonomik) will begin the session with a crucial clarification: bitcoin is not the only cryptocurrency. In fact, focusing on that specific example may overshadow the versatility and potential of the instrument.

Presentation 2: Fintech, crypto-currencies and blockchain as “disruption” of financial sector: opportunities and limits of a new monetary and financial regime

The presentation by Luca Fantacci (Bocconi University) will analyze the theoretical conceit behind digital currencies. He will then consider other historical precedents of virtual currencies, in order to assess comparatively what transformation those different projects intend and can induce in the international monetary system.

Presentation 3: Fintech, crypto-currencies and blockchain as “disruption” of financial sector: opportunities and limits of a new monetary and financial regime

Finally, Léo Malherbe (University of Bordeaux) will explore the extent to which cryptocurrencies can technically represent a far-reaching, systemic, phenomenon and how the underlying blockchain technology could transform the monetary system and may disrupt financial industry.

INET YSI offers support for travel and accommodation for the presenters of  the entire duration of the conference, held in Genoa, Italy, between, June 28-30.

About the STOREP Conference

STOREP (Italian Association for the History of Political Economy) was formally established on October 20, 2003, on initiative of some of the leading Italian figures in the history of economic thought and of political economy, with the primary aim of “promoting and sponsor teaching and research activities on the history of political economy, in all their manifestations”, as declared in the Memorandum of Association.

The Association can count on an international membership of some 150 scholars. STOREP has organized fourteen Annual Conferences in as many Italian host cities, and four Summer schools, as well as supported, in a variety of forms, the efforts of other associations of historians of economic thought and political economy. STOREP grants annual scholarships to young researchers who submit their papers, and an Award for the best article presented by young scholars at the annual Conference. Since 2016, STOREP directly provides small research grants (so-called “STOREPgrants“) on a competitive basis to members of the Association. STOREP also publishes a working paper series (“STOREPapers“). A special sub-issue of History of Economic Ideas includes every year the best articles presented in the Annual Conference.

The next Annual conference (15th Annual STOREP Conference) will be held at the Università di Genova, on 28-30 June, 2018. The title of the conference is “Whatever Has Happened to Political Economy?”

There is considerable discussion on the current state of the economic discipline, on the relevance of its theories and models to the contemporary world, as well as on the appropriateness of economists’ toolkits. Held under scrutiny is the conception of economics as axiomatic science of rational choice, promoted by Lionel Robbins’ systematization in the early Thirties. According to its critics, the inadequacy of economics in the times of the global crisis may have to do exactly with the roads not taken after winning the competition with the alternative, and preceding approach of political economy. What happened to political economy is therefore a nontrivial question, for today’s practitioners in economics. The 15th Annual STOREP Conference will bring together historians of economic thought, economists and other social scientists to explore the tensions between political economy and economics in historical perspective, with an eye to present times. The conference aims at retracing the origins of the current “political economy” (presumably or so) approaches in economics – from “political economics” to “international political economy”. But it has also the ambition to provide insights on the current state of economics, on its more and more fragmented nature, as well as on the revival of various dimensions of (and issues broadly related to) the “political economy” perspective in a series of (mainstream) research programs at the frontier.

Professor Geoffrey Hodgson (University of Hertfordshire) will join the conference as keynote speaker, and Professor Harro Maas (University of Lausanne) will deliver the second “Raffaelli lecture”.

Finally, as in 2017, the 2018 STOREP conference will jointly organize initiatives and special sessions with the students and researchers of the international network “Rethinking Economics”.

For more info about the conference please visit the website.

All participants, including young scholars who apply for the awards, must become STOREP members or renew their membership.