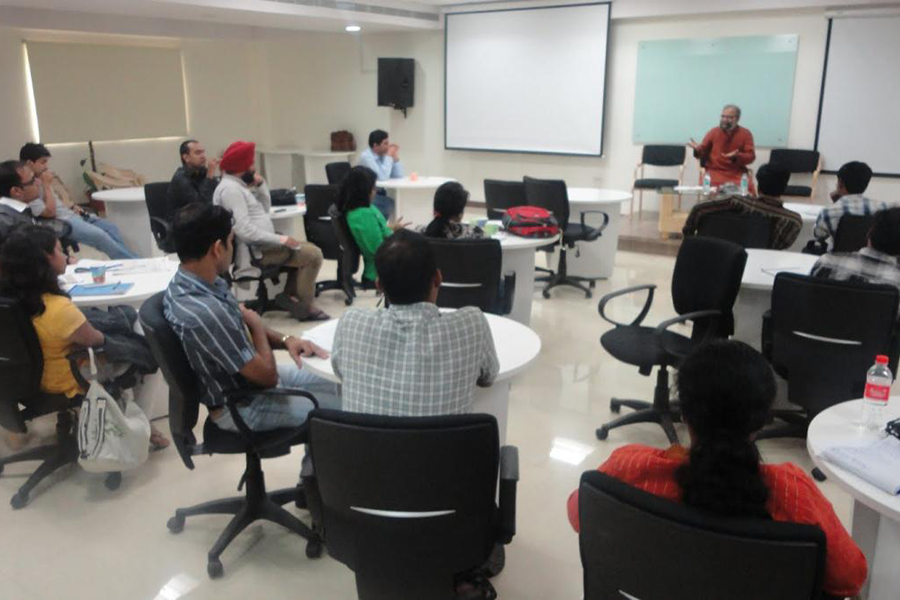 Between July 5th and 12th, the second annual summer school in development economics, jointly sponsored by Azim Premji University and the Institute for New Economic Thinking, was held in Bangalore, India.

The program was run by Amartya Sen Award-winner and Institute grantee Vamsi Vakulabharanam along with Institute economist Arjun Jayadev. The weeklong intensive workshop was held at Azim Premji University’s current campus and involved extensive conversations about the state of Indian development. 25 of India’s best Ph.D. students spent the week listening to a variety of talks by eminent scholars from India and abroad that covered the gamut of pressing Indian debates. These included, but were not limited to discussions such as:

A. Theorizing India’s Takeoff: What are the Causes? (When does one identify structural breaks, in what sectors does one see growth, stagnation etc.)

D. India in the World. (How does one evaluate India’s experience in engaging with the World? In what ways has global integration been effectively and not effectively managed?)

E. Different Philosophical Approaches to Development in India. (Is there a place for Gandhian, Marxian, or other approaches to the question of Development?)

F. The Politics of Growth in India (How important is the rise of caste politics for development? How does one understand and theorize class politics in the current Indian context?)