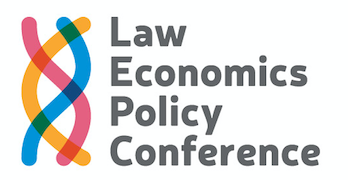 Organized by the National Institute of Public Finance and Policy (NIPFP), New Delhi in collaboration with the Institute of New Economic Thinking, New York, the aim of the Law Economics Policy Conference series is to bring together legal, economic, and public policy thinkers to consider a variety of real world issues in India in a holistic manner.

Solutions to normative questions and public administration challenges are increasingly sought via interdisciplinary approaches across law, economics, and public policy. Policy changes are made by the conjunction of law and economics. Economic thinking should drive legal change. Mere economic thinking without identifying the legal changes usually creates unsuccessful policy. At the same time, mere policy articulation without sound economic and legal basis is just ideology.

The LEPC conference series brings together expertise in law, economics, and public policy to deliberate the entire policy pipeline, from high level concepts, to the enactment of law. Academics bring research insights into the effects of the existing policies on the people and economy, and take away feedback on their explorations, and suggestions for new directions to research. Policy and law makers bring with them inputs on the extant challenges being faced by the country and identify areas where more research is required. They gain from exposure to new ideas from research and feedback from implementation. The practitioners in attendance provide insight into the complexities and challenges faced in implementation of existing policies and give feedback to researchers on their explorations. They take with them a deeper understanding of the policy making process, insights into the effects of implementation of existing policy on the people, and new ideas for tweaking implementation.

While this focus on improving the health of the country’s population is a long pending and welcome move, it is evident that the discourse on public health includes multiple dimensions of law, economics, and policy. Thus, the third edition of LEPC has been planned around the subject of health.

The conference seeks to explore the following areas:

The first Law Economics and Policy Conference, was held in September 2016. It was the first conference to try to bring together academics, policy makers, and practitioners. The conference began with a key note speech by the Honourable Minister of Finance, Government of India, Shri Arun Jaitley, and an inaugural address on “Judicial and Court Reform in India” made by Mr K.K. Venugopal, Senior Advocate, Supreme Court of India.

The first day included papers on the legal framework for privacy, network effects in India’s online business, appointment procedure to the Supreme Court of India, and the policy innovations at the Unique Identification Authority of India. The paper presentations were supplemented by panel discussions on regulation of professions, improving capacity at regulators.

The second day started with paper presentations on contract theory in the light of bankruptcy laws, constitutional provisions governing legislation making, strategic behaviour of voters and political parties which nominate persons with criminal backgrounds, and an assessment system for measuring regulatory responsiveness. The panel discussions for the second day consisted of understanding state capacity challenges in India, and law and finance challenges in developing economies.

The closing speech was delivered by Mr. Rajiv Mehrishi, the then Secretary at Ministry of Home Affairs and current Comptroller Auditor General (CAG) of India.

The second edition of the LEPC was held in early December 2017. The success of LEPC 2016 was reflected in the interest and attendance at the 2017 event.

The event opened with an inaugural speech by Mr Amitabh Kant, CEO, NITI Aayog. The eight panel discussions over the next two days discussed issues relevant to policy in India. The conference started with a panel discussion on health with presentations on regulating the health profession, air pollution and the broader design of health system for the country. This was followed by by a panel discussion on the new bankruptcy law and its implementation with participation from the government department responsible for implementing the law. The first day also saw a lunch talk by Retd. Justice B.N. Srikrishna on the the Rule of Law. The last two sessions of the first day were designed to discuss the emergent issues of technology policy in India, and the challenges to improving the functioning of land markets in India. The new law regulating commercial builders, the Regulation of Real Estate Act, was a component of the discussion.

The second day of the conference started with a discussion on the functioning of courts and tribunals, which discussed the problems of judicial delay. This was followed by discussions on macroeconomic and financial institutions, crime victimisation surveys, and designing better regulators for India.

Format of the conference

The conference will be held over two full days in New Delhi. The conference would have a small but selective participation of 50-80 persons. Eight topics of interest will be deliberated through paper presentation and panel discussions.

The National Institute of Public Finance and Policy (NIPFP) was founded in 1976. The institute undertakes research, policy advocacy and capacity building in areas related to public finance, law and policy. Over the years, the institute has emerged as a premier think tank in India, and has made significant contribution to policy reforms.

The Institute for New Economic Thinking (INET) is dedicated to the rigorous pursuit of innovative economic theories and methods that address society’s most pressing con- cerns. Founded in 2009, it is a nonpartisan, nonprofit organisation supporting relevant, pioneering work in the following issue areas: The relationship between finance and the broader economy; Inequality and distribution; The economics of innovation; Environment and resource sustainability.