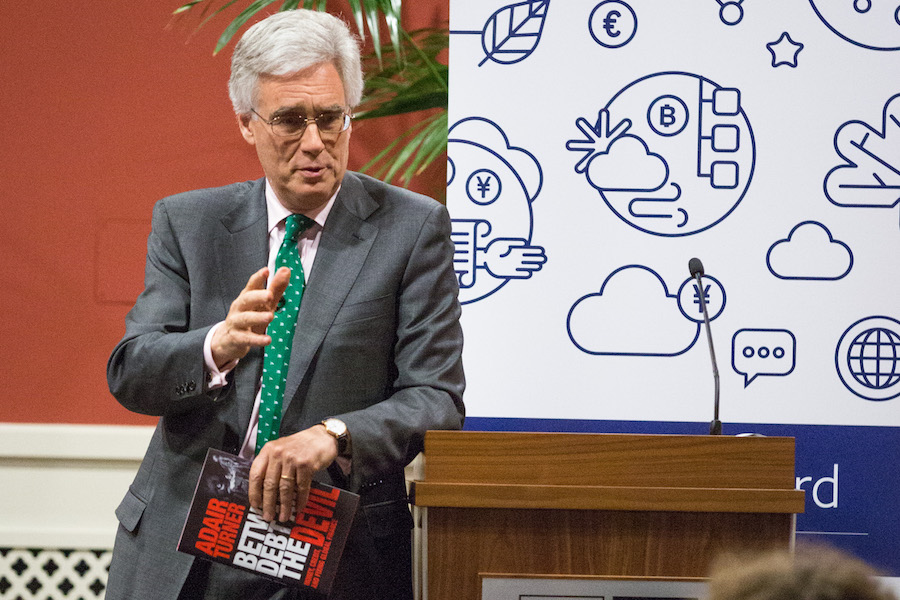 In introducing Lord Turner, Eric Beinhocker, Executive Director of INET Oxford, said ‘This book is the most holistic analysis of the crisis written to date, asks fundamental questions and offers radical answers’.

During the event Lord Turner discussed whether our economy has become dependent on debt-fuelled bubbles for growth, whether crises will become more common in the future as technology makes growth less capital intensive and gives greater scarcity value to prime real estate, and how rising inequality both causes and results from debt bubbles. He then put forward a number of solutions that go well beyond current reform efforts including significantly raising capital requirements for banks. Lord Turner said, ‘Bank capital requirements should be set higher, somewhere around 20 percent. Left unregulated, the banking system will create too much of the wrong sort of debt.’ But his most controversial proposal was to in limited circumstances allow central banks to provide outright monetary financing of fiscal deficits to help countries escape the traps of debt overhangs and deflation, such as the trap Japan has found itself in.

View Images From the Book Launch 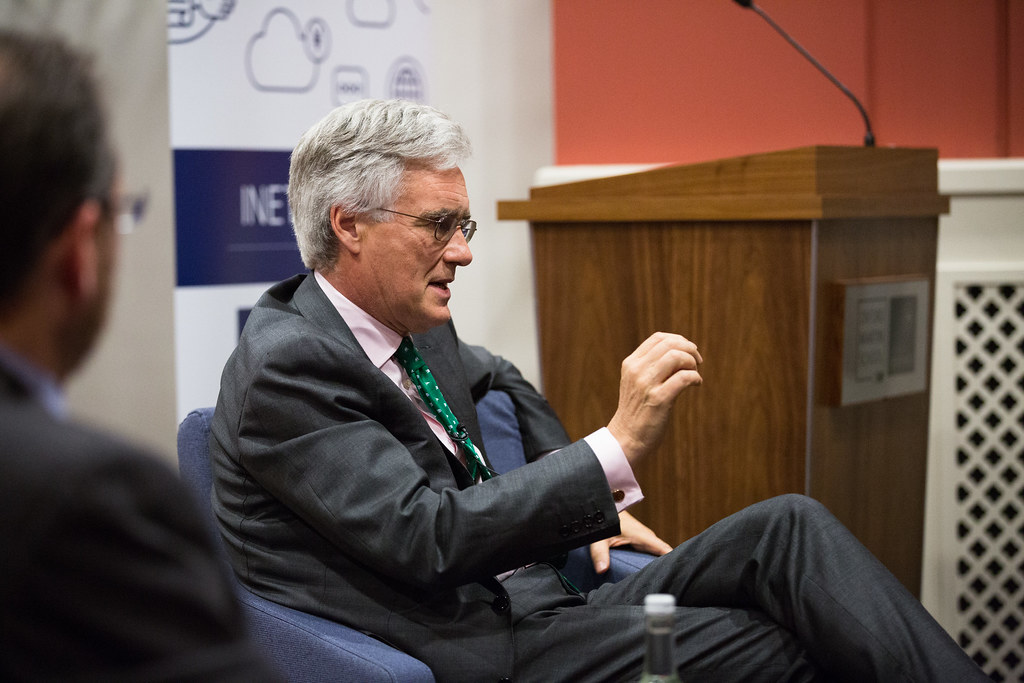 Read Reviews of the Book

“This is a superb book. A must-read for anyone interested in understanding the unhealthy relationship between debt and the modern economy.”—Atif Mian, coauthor of House of Debt

“This is the most penetrating analysis of the inherent imperfections of our financial system to appear since the crash of 2008. It will and should provoke extensive debates about the policies needed to avoid future crises.”—George Soros

“Adair Turner is a writer who thinks unusually deeply and is prepared to follow his answers to their logical conclusion, however unsettling. Here, he offers a set of proposals for financial reform that are radical yet practical. As the global financial crisis recedes and the danger mounts that the momentum for change will be lost, we can only hope that the world heeds Turner’s clarion call.”—Barry Eichengreen, University of California, Berkeley

“Turner’s fresh and deep insights into our financial system come with the expertise of an insider. Between Debt and the Devil is a landmark in monetary economics, with profound implications for policy reform.”—Joseph E. Stiglitz, Nobel Laureate in Economics

“A masterwork! Insightful, scholarly, and persuasive. Adair Turner has provided a convincing analysis of what has gone wrong before, and what could go wrong again, among the intertwined complexities of money, credit, and misguided theories of finance.”—Paul Volcker, former chairman of the U.S. Federal Reserve and the U.S. Economic Recovery Advisory Board

” Between Debt and the Devil is a devastating critique of the banking system and a powerful intellectual challenge to conventional wisdom. A splendid book.”—Robert Skidelsky, author of John Maynard Keynes, 1883-1946: Economist, Philosopher, Statesman

Lord Turner has been a Senior Fellow at the Institute for New Economic Thinking since 2013, and in 2015 became Chairman of the Institute’s Governing Body. Prior to that he chaired the UK Financial Services Authority from 2008 until 2013, during which time he played a leading role in the redesign of the global banking and shadow banking regulation as Chairman of the International Financial Stability Board’s major policy committee.

Lord Turner has combined a business career with public policy and academia. He led the McKinsey practice in East Europe and Russia in the early 1990s, and was Director General of the CBI (Confederation of British Industry) 1995-2000. He was Vice-Chairman of Merrill Lynch Europe (2000-06) and a Non-Executive Director of a number of companies, including Standard Chartered plc (2006-08). In 2015 he joined the Board of UK start-up bank OakNorth, and became non-Executive Director at Prudential in September.

He became a cross-bench member of the House of Lords in 2005; served as the first Chairman of the Climate Change Committee (2008-12), and chaired the Pensions Commission (2003-06) and the Low Pay Commission (2002-06). He has also been a Trustee of the British Museum since 2013. His publications include ’ Just Capital-The Liberal Economy’ (2001); ‘Economics After the Crisis’ (2012); and ‘Between Debt and the Devil: Money, Credit and Fixing Global Finance’ (Princeton 2015). He is Senior Fellow at the Centre for Financial Studies (Frankfurt); a visiting professor at London School of Economics, Cass Business School and City University; and as of recently, Visiting Fellow at the People’s Bank of China School of Finance, Tsinghua University (Beijing); and Visiting Professor at the International Center for Islamic Finance (INCEIF) in Kuala Lumpur.