Moritz Schularick is a Fellow at the Institute for New Economic Thinking (INET) and professor of economics at the University of Bonn. He was previously a professor at the John F. Kennedy Institute of the Free University of Berlin, Germany, a visiting scholar at Cambridge University, and worked in the financial industry for several years. His current work focuses on credit cycles, the determinants of financial crises, and the international monetary system. Together with Niall Ferguson, he coined the term “Chimerica” to describe the intimate financial relations between the United States and China. Working at the crossroads of monetary and international economics as well as economic history, his contributions can be found in the American Economic Review, the Quarterly Journal of Economics, the Journal of Monetary Economics, the Journal of International Economics, the Journal of Economic History, and several other journals.

This paper answers fundamental questions that have preoccupied modern economic thought since the 18th century.

Inside the Great Leveraging

This paper discusses what we have learned about the debt build-up in advanced societies over the past century. It shows that the extraordinary growth of aggregate debt in the past century was driven by the private sector.

When Credit Bites Back: Leverage, Business Cycles and Crises

This paper studies the role of credit in the business cycle, with a focus on private credit overhang.

Two separate narratives have emerged in the wake of the Global Financial Crisis. One interpretation speaks of private financial excess and the key role of the banking system in leveraging and deleveraging the economy. The other emphasizes the public sector balance sheet over the private and worries about the risks of lax fiscal policies. However, the two may interact in important and understudied ways. 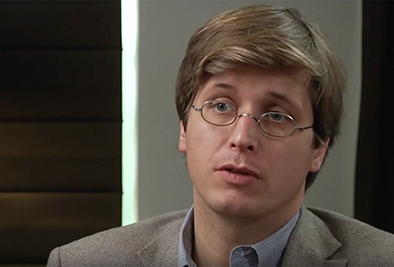