Dirk Bezemer holds a PhD in economics (Amsterdam) and two MSc degrees in agriculture (Wageningen). He was a researcher at Imperial College (Univ. London) and worked in policy advice (ODI) and in the UK civil service (DfID)on development economics issues before joining Groningen University where he is an Associate Professor. His work is published in Advances in Complex Systems, Accounting, Organizations and Society, the World Bank Research Observer, the Journal of Development Studies, World Development, Economic Systems, Comparative Economic Studies, the Journal of Economic Issues and the Cambridge Journal of Economics, among others.

His 2009-2010 work on financial fragility and economic models was widely quoted. His present research is on the monetary causes and consequences of the crisis, including research on the Great (Im) moderation, effects of quantitative easingand the ongoing commodity price bubble (with UNCTAD). He is inspired by Keynes, Schumpeter, Minsky and Godley and works with Steve Keen and Michael Hudson, among others.

Dirk Bezemer contributed to key policy reports by the OECD and World Bank advised the Dutch labour unions the Latvian social-democrats and wrote a strategy report for the Dutch development bank FMO. In 2010 he convened ECB, and European Commission representativesat a Groningen workshop the financial sector in macro models. In 2011 he organized a seminar with YanisVaroufakis on solutions to the Eurocrisis. He contributes regularly in the Dutch press and is a frequent invited speaker at international conferences as well as student meetings. His research into an empirical model for the financial sector’s role in growth and in crisis was funded by INET in spring 2011.

Growth and Crisis: The Two Faces of Credit 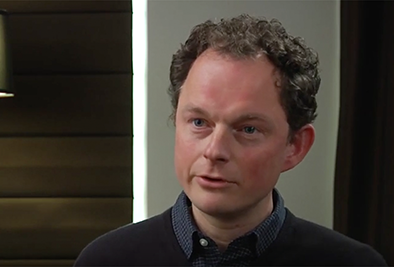